Nov. 15 (UPI) -- For the second day in a row, President Donald Trump on Friday asked the Supreme Court to intervene in his battle to keep his personal tax return documents private, this time in a case involving House Democrats.

His legal team applied for a stay in the high court in a challenge to a subpoena by the House oversight committee. The committee first requested Trump's tax returns from accounting firm Mazars USA in April after his former lawyer, Michael Cohen, testified the president manipulated the value of his assets for personal gain.

A full federal appeals court in Washington, D.C., sided with an earlier court's ruling that the accounting firm must hand over the records.

The application comes one day after Trump appealed to the Supreme Court in another battle over his tax returns, this one involving New York City prosecutors.

RELATED Ginsburg absent at Supreme Court due to illness

The appellate court said one of the reasons Vance's subpoena is lawful is that it's directed at Trump's accounting firm, Mazars USA. The court noted that Vance's subpoena seeks Trump's private tax returns and financial information -- items related to his private business, not his official capacity as president. 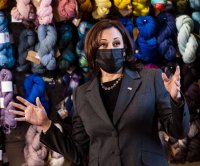