William Taylor testified that the Trump administration has two divergent diplomatic policies in Ukraine -- one official and one run by Trump attorney Rudy Giuliani.  Photo by Kevin Dietsch/UPI | License Photo

Nov. 13 (UPI) -- The impeachment inquiry of President Donald Trump moved into the open realm Wednesday as investigators heard testimony from two top U.S. diplomats, William Taylor and George Kent -- both of whom offered new details about the administration's handling of Ukraine.

Taylor is Trump's ambassador to Ukraine and Kent his deputy assistant secretary of state for European and Eurasian affairs. Both have already given testimony to investigators in private depositions.

House investigators are trying to determine whether Trump withheld hundreds of millions of dollars in aid to Ukraine to pressure the government in Kiev to investigate Democratic presidential candidate Joe Biden and his son, Hunter, a former board member for a Ukrainian gas company.

Taylor said last week he learned details of a phone call between Trump and U.S. Ambassador to the European Union Gordon Sondland on July 26 -- the day after the president's call with Ukrainian President Volodymyr Zelensky that spawned the impeachment inquiry -- in which Trump asked Sondland about "the [Biden] investigations."

Sondland told Trump, Taylor said, the Ukrainians were "ready to move forward." Sondland also told a staffer that Trump cares more about investigating the Bidens than he does about Ukraine foreign policy, Taylor added, saying he was given the information by a staffer who accompanied Sondland to Kiev.

Taylor added the Trump administration has two divergent diplomatic policies in Ukraine -- one official and one run by Trump attorney Rudy Giuliani. He recalled someone in the White House budget office saying the aid would be withheld, but didn't say why.

"I and others sat in astonishment, Taylor said. "Ukrainians were fighting Russians and counted on not only the training and weapons but also the assurance of U.S. support."

Taylor also said Sondland informed him Trump wanted Zelensky to publicly announce Ukraine was investigating the Bidens -- and that the U.S. aid depended on it.

"Everything was dependent on such an announcement. Including security assistance," Taylor said. "I told Ambassador Sondland that President Trump should have more respect for another head of state and that what he described was not in the interest of either President Trump or President Zelensky."

Taylor said Zelensky had agreed to the public announcement -- but the diplomat said he personally feared Trump might go back on the deal after getting what he wanted from Ukraine. The U.S. aid was intended for military equipment and defense in Ukraine, where about 13,000 troops have died fighting Russian forces.

Taylor is the second administration official to say Trump held back fiscal aid in exchange for Biden investigations. Sondland acknowledged the link last week, which has also been corroborated by national security aide Tim Morrison. Trump has repeatedly said the aid was never dependent on the Biden probes. The aid was released in September, but Taylor said he never learned why.

In his previous testimony, Taylor said Trump's pressure tactics "fundamentally undermined" U.S. interests in the region. He also said he was concerned Trump was using the Congress-approved aid as leverage to dig up dirt on a political rival.

"I think it's crazy to withhold security assistance for help with a political campaign," he said.

"As a general principle, I do not believe the United States should ask other countries to engage in selective politically associated investigations or prosecutions against opponents of those in power because such selective actions undermine the rule of law regardless of the country," he said.

Kent, who has served under five presidents, said he expected to meet resistance to anti-corruption efforts in Ukraine.

"It was unexpected and most unfortunate, however, to watch some Americans, including those who ally themselves with corrupt Ukrainians in pursuit of private agendas, launch attacks on dedicated public servants."

Kent compared U.S. aid given to Ukraine, $1.6 billion over the past few years, to the French assistance of the United States during the American Revolution.

"These funds increase Ukraine's strength and ability to fight Russian aggression," Kent said. "Ultimately, Ukraine is on the a path to become a full security partner of the United States within NATO."

Kent previously told investigators he'd raised concerns about Giuliani influencing Ukraine policy with a "campaign of lies," but was told by superiors to "lay low."

"Asking another country to investigate a prosecution for political reasons undermines our advocacy of the rule of law," he said.

"The questions presented by this impeachment inquiry are whether President Trump sought to exploit that allies' vulnerability and invite Ukraine's interference in our election," Schiff said in his remarks, adding that the administration expected cooperation from Ukraine in exchange for the aid and access to Trump.

Schiff warned the administration against repelling committee cooperation and subpoenas, saying that could be additional grounds for impeachment.

"If the president can simply refuse all oversight, particularly in the context of an impeachment proceeding, the balance of power between our two branches of government will be irrevocably altered," Schiff said. "That is not what the founders intended."

Nunes defended Trump by saying the president has done more to support Ukraine than President Barack Obama, including selling Kiev Javelin anti-tank missiles that are critical in deterring Russian aggression.

"The security assistance was provided to Ukraine without the Ukrainians having done any of the things that they were supposedly being blackmailed to do," he said.

The California Republican also said the impeachment investigation is an attempt by Democrats to undo the 2016 election, by removing Trump from office.

"This is supported by precisely zero evidence," he said, calling the inquiry a "carefully orchestrated media smear campaign."

"Not watching. He's working," she said.

Yovanovitch will testify at the next public hearing Friday. Kent and Taylor have said they disagreed with Trump's removal of her in May.

U.S. News // 1 hour ago
Crews struggle to keep roads clear as winter storm crosses the country
A winter storm is dumping snow across upstate New York and portions of New England on Tuesday as it skirts across the Canada border. 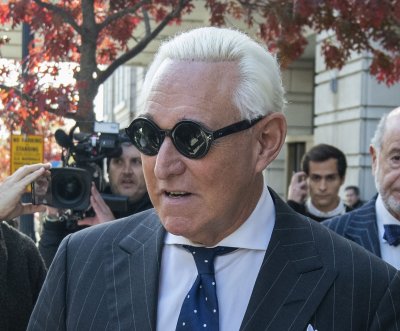 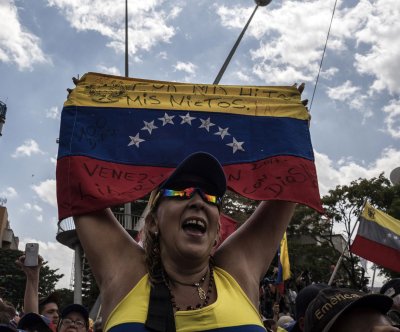