Greta, 16, refuses to travel by air because of airliners' environmental impact. She did the same thing in August when she traveled from Europe to New York City for a United Nations climate summit.

The Swedish teen will arrive at the 2019 United Nations Framework Convention on Climate Change, or COP25, in Madrid aboard La Vagabonde, a 48-foot catamaran. Their progress can be tracked online.

The privately owned, carbon-neutral boat runs on solar power and hydro-generators. Greta will travel with Australians Riley Whitlum and Elayna Carausu, and British yachtswoman Nikki Henderson -- all of whom were pictured in a Twitter post Tuesday.

Greta has been staunchly critical of world leaders, whom she accuses of hindering the climate change movement. Her remarks and activities have attracted attention from U.S. political leaders and Russian President Vladimir Putin. At the U.N. General Assembly in September, she demanded a "safe future."

"Is that really too much to ask?" she inquired.

Prior to her departure for Spain, she spoke of her visit to the Standing Rock Indian Reservation in North Dakota, which has been the site of recent protests targeting the Dakota Access Pipeline.

"I was actually quite surprised to see how bad the indigenous people have been treated," she said. "They are the ones who are being impacted often the most and first by the climate and ecological crisis. And they are also the ones who are at the front line trying to fight it."

U.S. News // 36 minutes ago
Slow-moving storm to keep dumping snow over Midwest
A slow-moving storm already responsible for dumping more than half a foot of snow on parts of Missouri and Iowa will continue to produce fresh powder over a portion of the Midwest. 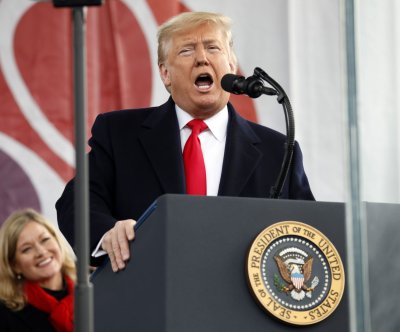