Murray Energy is the fifth major U.S. coal company to declare bankruptcy this year as coal loses ground to cheaper natural gas and renewable energy. At one time, coal made up 50 percent of all U.S. power generation. Today, it's less than 25 percent.

Founder and CEO Robert Murray donated to Trump's campaign, hosted fundraisers and was instrumental in setting his energy agenda.

United Mine Workers of America International President Cecil Roberts said the bankruptcy comes as no surprise.

"Coal production in this country continues to decline, due to the glut of natural gas on the market and continued government preference for gas and renewable energy to replace coal-fired generation," Roberts said. "Combined with a recent reduction in coal exports, these factors delivered a one-two punch that an over-extended Murray Energy could not withstand."

Roberts said his union plans to fight for the rights of coal workers and retirees.

"Murray will file a motion in bankruptcy court to throw out its collective bargaining agreement with the unions and will seek to be relieved of its obligations to retirees, their dependents and widows," Roberts said. "We have high-powered legal, financial and communication teams in place that will fight to protect our members' interests in the bankruptcy court."

Murray Energy is the largest closely held miner in America. The company failed to make payments to lenders this month. Creditors struck a deal so they could make a stalking horse bid under Chapter 11 bankruptcy, allowing them to exchange debt for assets, the company announced Tuesday.

"The company intends to finance its operations throughout Chapter 11 with cash on hand and access to a $350 million new money debtor-in-possession financing facility ... subject to Bankruptcy Court approval," Murray Energy said in a statement.

U.S. News // 9 hours ago
U.S. COVID-19 cases decline; Johnson & Johnson vaccine on the way
March 1 (UPI) -- There were 51,200 new coronavirus cases in the United States on Sunday -- the fewest since the middle of October, according to updated data from Johns Hopkins University. 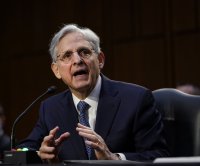 U.S. News // 1 day ago
Shot of snow to deliver slippery spots, cold for Plains, Midwest
Feb. 28 (UPI) -- A swath of snow is forecast to streak across the northern tier of the country, opening the door for a blast of colder air to filter in from Canada.