Starting Wednesday, the State Department is requiring Chinese diplomats in the United States to report their official meetings to authorities in advance. Photo by Kevin Dietsch/UPI | License Photo

Oct. 17 (UPI) -- The United States is now requiring Chinese diplomats to notify the State Department in advance of holding official meetings with local and state officials as well as academic and research institutes, a state department official said.

"What we're trying to accomplish here is just to ... get closer to a reciprocal situation, hopefully with the desired end effect of having the Chinese government provide greater access to our diplomats in China," a State Department official told reporters Wednesday. "Until that happens, we are going to take some actions that will, like I said, go some ways toward leveling the playing field."

The onus is upon the Chinese official to notify the State Department of the meeting and not on the U.S. counterpart, he said, emphasizing that they will not have to "take any actions whatsoever."

RELATED Are you safer or more secure than three years ago?

Ask what the punishment will be for those diplomats who fail to disclose their meetings, a second State Department official said the agency expects all will comply with the new rules and if anyone does not, "we will address that at that time."

The officials said the Chinese diplomats do not need the department's permission, only to notify them of the meetings.

"Our goal is to get the Chinese authorities to allow our diplomats in China to engage with provincial and local leaders, Chinese universities and other educational and research institutes freely, the same way that the Chinese diplomats are able to do here," the official said.

The Chinese Embassy in Washington rejected the claim Beijing requires U.S. diplomats to report meetings to authorities and accused the State Department of violating the Vienna Convention, which sets out the rules signatory countries abide by in establishing international relations, for enforcing the new restriction.

"So far, the Chinese side does not have similar requirements on American diplomats and consular officers in China," the embassy said via Twitter.

The latest restrictions imposed by the US State Department on Chinese diplomats are in violation of the Vienna Convention. So far, the Chinese side does not have similar requirements on American diplomats and consular officers in China.— Chinese Embassy in US (@ChineseEmbinUS) October 16, 2019

China was notified of the rule change last week and the State Department has already been informed of one meeting, the officials said.

"As a matter of policy, we have never done anything to limit their access to stakeholders here in the United States, and we continue to do that," the official said. "We're, again, only seeking notification." 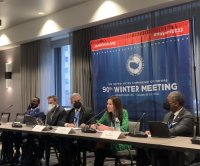 U.S. News // 1 hour ago
U.S. mayors pressed to address cybersecurity precautions
WASHINGTON, Jan. 20 (UPI) -- Cities can't prevent cyberattacks, but they can take steps to mitigate and recover from breaches, the director of the Cybersecurity and Infrastructure Security Agency told the U.S. Conference of Mayors on Thursday.

U.S. News // 1 hour ago
Mars announces changes to M&M's characters, logo
Jan. 20 (UPI) -- The classic M&M's look is getting a rebrand -- the chocolate candy characters are being made over and the logo is being tweaked.

U.S. News // 3 hours ago
Unemployment filings in U.S. rise again to 286,000; highest level since October
Jan. 20 (UPI) -- The number of workers filing new unemployment claims in the United States has again increased unexpectedly, the Labor Department said in its weekly report -- to the highest level in months. 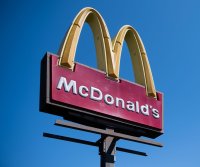