The population of the Kirtland's warbler increased from 167 pairs in 1974 to more than 2,000 pairs in the most recent census. Photo by Vince Cavalieri/U.S. Fish & Wildlife Service

Oct. 8 (UPI) -- The U.S. Fish & Wildlife Service removed federal protection Tuesday for a songbird that calls northern Michigan home after the bird made a "remarkable" recovery due to decades of conservation efforts, officials said.

The songbird was one of the first species to be put on the federal list of endangered and threatened species in 1967. Since then, it's population has grown from 167 pairs to about 2,300 pairs as of the latest census.

"The bird's recovery provides dramatic testimony to what conservation organizations, governments and businesses can accomplish when they come together for the good of the resource."

The Kirtland's warbler population was edged out of northern Michigan by cowbirds, which lay their eggs in warbler nests. Cowbird chicks are much larger than the songbirds and are able to outcompete their smaller nest mates for food from warbler parents.

"Private forest owners are proud partners in this major milestone and committed to the long-term health of the Kirtland's warbler," said Dave Tenny, founding president and CEO of the National Alliance of Forest Owners.

"Private forest owners are an essential part of conservation success -- 360 million acres of working forests across the country are privately owned. We proudly work with the U.S. Fish & Wildlife Service and conservation partners to develop and implement smart management decisions that support a wide range of wildlife across the country."

The FWS announcement comes two months after the Interior Department said it planned to overhaul the ESA to limit which animals are allowed on the endangered species list and allow the government to consider economic factors when deciding threats to wildlife.

In September, a coalition of 17 states, Washington, D.C., and the city of New York filed a lawsuit against the Trump administration for the rollbacks of the ESA.

The lawsuit states that the changes are arbitrary and capricious under the Administrative Procedure Act, unauthorized under the Endangered Species Act and unlawful under the National Environmental Policy Act.

It specifically cites the actions to "inject economic considerations" into the act's analyses, restrict the circumstances under which species can be listed as threatened and reduce consultation and analyses required before taking federal action, among other aspects.

"As we face the unprecedented threat of a climate emergency now is the time to strengthen our planet's biodiversity, not destroy it," California Attorney General Xavier Becerra said. "The only thing we want to see extinct are the beastly policies of the Trump administration putting our ecosystems in critical danger." 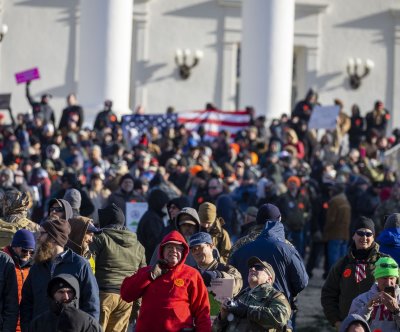