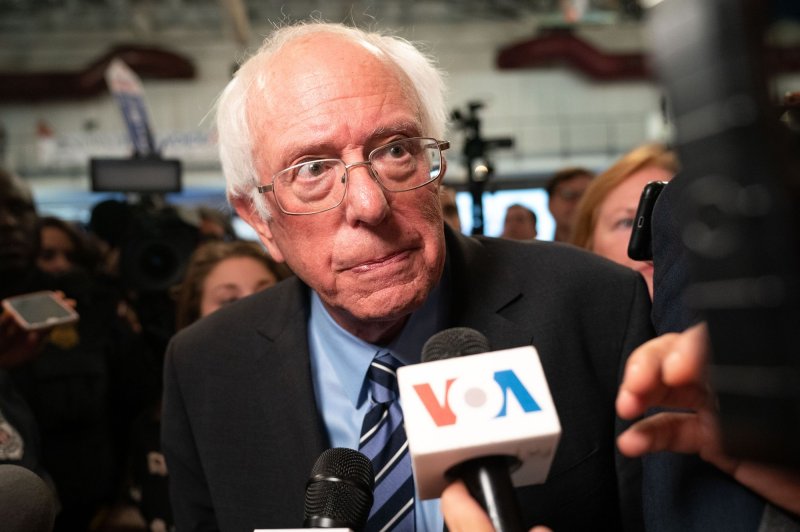 Sen. Bernie Sanders, I-Vt., is expected to be discharged from the hospital by the end of the weekend. Photo by Kevin Dietsch/UPI | License Photo

Oct. 3 (UPI) -- Sen. Bernie Sanders plans to participate in the Democratic presidential debate in Ohio later this month, his campaign said Thursday, one day after he underwent a heart procedure.

His spokeswoman, Sarah Ford, told CNBC the candidate expects to attend the Oct. 15 debate. The New York Times and CNN are hosting the event in Westerville.

Campaign "operations are continuing as usual and he will be at the debate," she said.

Jane Sanders, told USA Today that her husband is recovering from a Wednesday procedure to insert two stents after he experienced chest discomfort. Doctors found one artery was partly blocked.

Doctors "are pleased with his progress, and there has been no need for any additional procedures," she said.

"Bernie is up and about. Yesterday, he spent much of the day talking with staff about policies, cracking jokes with the nurses and doctors, and speaking with his family on the phone."

Jane Sanders said doctors will likely discharge him by the end of the weekend and he plans to rest at home for a few days in Burlington, Vt. She said he's "ready to get back out there and is looking forward to the October debate."

U.S. News // 8 hours ago
FDA approves remdesivir to treat hospitalized COVID-19 patients
Oct. 22 (UPI) -- Gilead Sciences' antiviral COVID-19 drug remdesivir, sold under the brand name Veklury, was approved by the FDA Thursday to treat patients who have been hospitalized with the virus.

U.S. News // 10 hours ago
Goldman Sachs pleads guilty in U.S., agrees to pay $2.9B in 1MDB scandal
Oct. 22 (UPI) -- U.S. investment house Goldman Sachs and its Malaysian subsidiary have agreed to pay more than $2.9 billion after admitting to bribery as part of the 1MDB scandal, the U.S. Justice Department announced Thursday.