Houghton Library on Harvard Univesity's campus is shown. The university won a lawsuit Tuesday against plaintiffs accusing it of bias against admitting Asian Americans. Photo courtesy of Harvard University

At issue was Harvard University's holistic admissions program, a comprehensive process where more than one reviewer considers factors beyond academic merit, including but not limited to race.

Burroughs said the university had a right to choose a diverse class and defended diversity's benefits.

"For purposes of this case, at least for now, ensuring diversity at Harvard, relies, in part, on race conscious admissions," the judge said. "The students who are admitted to Harvard and choose to attend will live and learn surrounded by all sorts of people, with all sorts of experiences, beliefs and talents. They will have the opportunity to know and understand one another beyond race, as whole individuals with unique histories and experiences. It is this, at Harvard and elsewhere that will move us, one day, to the point where we see that race is a fact, but not the defining fact and not the fact that tells us what is important, but we are not there yet."

Longstanding Supreme Court precedent allows race to be considered as one factor among many in university admissions process, but prohibits universities from using quotas in admissions.

The U.S. Supreme Court, in an affirmative action case four decades ago, cited Harvard's holistic program as an "illuminating example" of how race could be used as one of several factors in college admissions.

Students for Fair Admissions, a non-profit representing a group of Asian-American students rejected by Harvard, filed the suit in 2014, alleging Harvard intentionally discriminated against them by holding them to a higher standard as Asian Americans get better scores and grades on average. The Justice Department rebuked Harvard last summer saying plaintiffs had "compelling evidence" of discrimination.

The case's outcome was viewed as pivotal to race-conscious affirmative action in the United States, which is nearly six decades old, when the discrimination that led to it stretches back for centuries.

Legal experts have said that SFFA will likely appeal and the case could wind up in the Supreme Court.

"I think what this case represents is a very concerted effort to bring the question of race-conscious admissions back to the Supreme Court," said Liliana Garces, a University of Texas law professor.

U.S. News // 34 minutes ago
Winter whiteout in upstate N.Y. as lake-effect snow unleashes blizzard conditions
Feb. 28 (UPI) -- One of the biggest lake-effect events of the season continued on Friday as snow totals across the Great Lakes steadily rose

U.S. News // 6 hours ago
United Airlines suspends some Asia flights due to coronavirus
Feb. 28 (UPI) -- United Airlines announced Friday it will reduce service throughout Asia due to the rising number of coronavirus cases in the region, amid declining traveler demand. 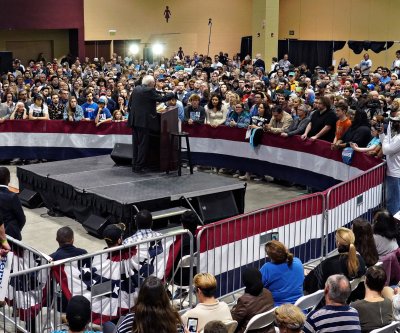