The United States will deploy one Army Patriot missile defense battery similar to the one pictured. File Photo by Charles Rosemond/U.S. Army

Sept. 26 (UPI) -- The United States announced Thursday that it will send two missile defense devices and 200 troops to Saudi Arabia to aid its defense after airstrikes on Saudi oil fields earlier this month.

"This deployment will augment the kingdom's air and missile defense of critical military and civilian infrastructure," Huffman said. "This deployment augments an already significant presence of U.S. forces in the region."

Esper also approved placing two additional Patriot batteries and one Terminal High Altitude Area Defense, or THAAD, system on "prepare to deploy" orders, although no official decision has been made to deploy them at this time.

Huffman added that these steps are a demonstration of the United States' commitment to "regional partners and the security and stability in the Middle East."

"This follows the secretary and chairman's extensive outreach to partners in the region and around the globe," he said. "Other countries have called out Iranian misadventures in the region and we look for them to contribute assets in an international effort to reinforce Saudi Arabia's defense."

"We will also work to accelerate the delivery of military equipment to the Kingdom of Saudi Arabia and to the [United Arab Emirates] to enhance their ability to defend themselves," Esper said at the time. 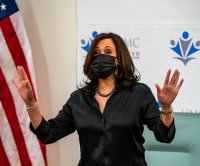