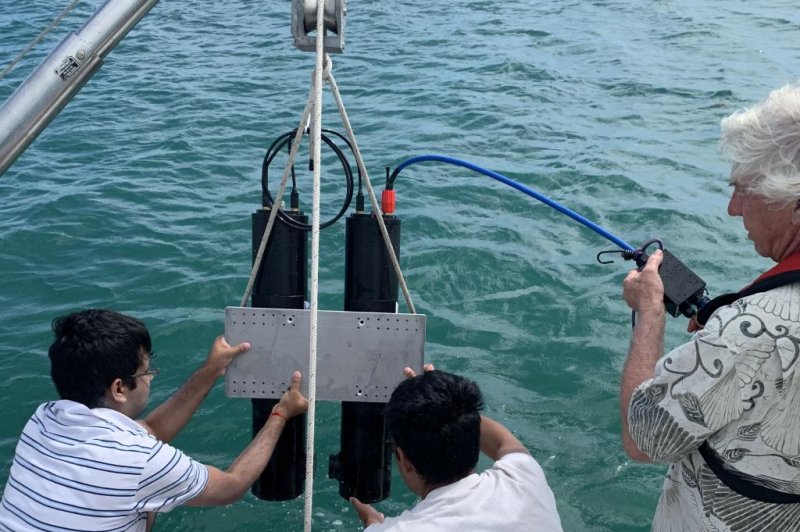 Researchers with Florida Atlantic University lower a 3D holographic camera into the water to test how it detects algae and other particles. Photo courtesy of  Harbor Branch Oceanographic Institute

The toxic algae can kill fish, pets and people, and it has been getting more common in Florida and around North America.

Monitoring the harmful algae has become a major task for state and local officials, concerned about the impact on tourism. The U.S. Environmental Protection Agency estimates that algae blooms and related problems cause losses of $1 billion nationally to tourism industries each year, mostly in fishing and boating.

"The cameras get an instantaneous image of how many colonies of these microorganisms there are, and where they are," said Aditya Nayak, an assistant professor at Harbor Branch. "It's expensive to build these now, but we hope to commercialize this and make it more available to local governments."

Traditional testing requires water samples to be brought back to a laboratory, while some monitoring stations rely on the color of algae to spot potential toxins. The holographic cameras are being developed to identify specific algae species and how thick the bloom is -- instantly.

At present, Nayak and others have to bring the holographic camera equipment back to their lab and connect it to computer systems that match the shapes with known algae forms. Eventually, they hope to have all of that happening in the field -- which would mean rapid detection as soon as algae blooms start to form.

FAU scientists received $900,000 from the National Science Foundation to develop the camera system starting in 2016. They now have two camera rigs, one for deep-water imaging and one for shallow water. Similar cameras have been used in Lake Erie.

Nayak said the cameras can detect red tide algae blooms, which also produce toxins. They shine lasers through the water, collecting data on the shape of the tiny life forms.

Identifying harmful algae is just one function of the cameras, which also can help track sediment moving through water and other types of algae or plankton.

Traditional tests of water samples in labs can take roughly an hour to confirm the presence of blue-green algae.

Even so, monitoring the algae only helps so much. The real goal should be to stop blooms from forming by preventing nutrient overload, said Larry Brand, who studies the harmful algae at University of Miami's Rosenstiel School of Marine and Atmospheric Science.

"We can kill the algae, but generally it's only by adding additional toxins, which can kill other things in the water, and once the bacteria is dead, it releases the nutrients again," Brand said. 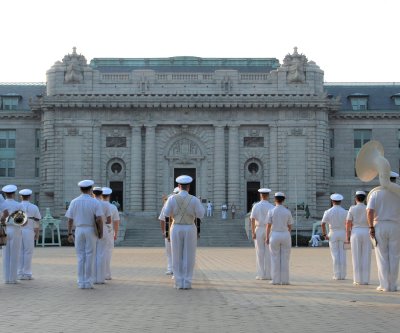 U.S. News // 6 hours ago
U.S., Taliban say 7-day reduction in violence will begin Saturday
Feb. 21 (UPI) -- Secretary of State Mike Pompeo said Friday the United States and the Taliban in Afghanistan will sign a peace agreement at the end of the month if a temporary truce next week holds. 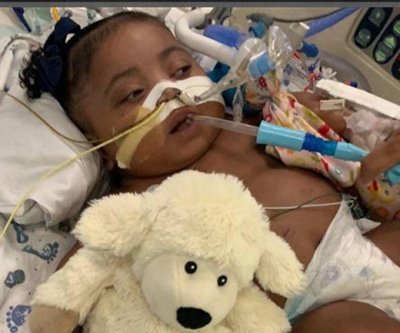 U.S. News // 12 hours ago
As low-end wine prices fall, premium varieties likely won't budge
EVANSVILLE, Ind., Feb. 21 (UPI) -- If you're a connoisseur of fine wine, don't expect to get the same price breaks that are starting to appear among cheaper varieties.