In Texas, those allowed to conduct marriage ceremonies are a licensed or ordained Christian minister or priest, a rabbi, a person who is an officer of a religious organization and authorized by that group to conduct a ceremony and a current or retired judge. Image by rawpixel/Pixabay

Sept. 25 (UPI) -- A group is fighting for the right of people other than judges and clergy to conduct marriage ceremonies in Texas.

The Center for Inquiry argues that a Texas law is unconstitutional because it gives religious celebrants -- including people who go on the Internet to become certified immediately as a reverend -- the ability to solemnize a marriage but denies nonreligious celebrants that same right.

In Texas, those allowed to conduct marriage ceremonies are a licensed or ordained Christian minister or priest, a rabbi, a person who is an officer of a religious organization and authorized by that group to conduct a ceremony and a current or retired judge. Officiating at a wedding without authority is a Class A misdemeanor.

CFI says the law deprives couples of the opportunity to have a meaningful but nonreligious ceremony.

"People should be able to have any type of wedding they want," said Nicholas Little, the organization's vice president and general counsel. "You can't favor religion over nonreligion."

U.S. District Judge Jane J. Boyle rejected the CFI arguments in an August decision, saying the law at most provides an "indirect or incidental" benefit to religion.

"This does not make the statute unconstitutional," Boyle wrote. "The statute still provides for civil, nonreligious ceremonies performed by judges, while also allowing those who wish to be married in a religious ceremony to do so."

Limiting wedding officiates to judicial and religious officials has a rational basis because they can reasonably be expected to ensure "that the ceremony contains the necessary level of respect and solemnity," the ruling said.

The nonprofit CFI -- an Amherst, N.Y.-based group that promotes a secular society based on reason, science, freedom of inquiry and humanist values -- plans to appeal to the 5th Circuit. Robyn Blumner, president and CEO of the center, said the group expects to be vindicated there.

"Nonreligious Americans will not be denied this most fundamental recognition of their equality," Blumner said in a news release.

CFI and two of its Texas members who were trained and certified as secular celebrants, Arthur Bratteng and Eric McCutchan, filed suit last year in U.S. District Court in Dallas seeking to have declared unconstitutional parts of the law governing who can solemnize marriages. Their lawsuit named as defendant John F. Warren, who ultimately has the authority to record marriages licenses in his capacity as Dallas County clerk.

Bratteng, who lives in Austin, and McCutchan, of Fort Worth, have refused on principle to become a member of the clergy through the Internet.

"Those online certifications are technically registered as religions and that goes against what CFI is trying to do," McCutchan said.

The Texas Attorney General's Office, which is defending the law, declined to comment on the case.

In a motion asking that the suit be thrown out, attorneys for the state argued that CFI and its celebrants have no constitutional right to conduct a marriage ceremony.

Lawyers for the Attorney General's Office and the Dallas County District Attorney's Office, which also represents the state in the case, said the law does not prevent CFI members from celebrating marriages in the way they want. They say in a brief that in addition to officers of all religions, Texas also allows secular officials to officiate to conduct marriage ceremonies.

The brief also says CFI members are not being singled out but rather are being treated identically to all others who are not authorized under the law to conduct ceremonies.

"Nonreligious individuals, conscientious objectors, anarchists, wedding and event planners, and many others are permissibly excluded from conducting marriage ceremonies on the same basis as plaintiffs -- if they do not fall within one of the categories enumerated by the Texas Family Code," the brief says.

According to Little, the number of "nones," or people who identify with no religion, is growing dramatically. In Texas, 20 percent of the population identifies as nones, he said.

"We just want to increase the options people have on what is meant to be the happiest day of their life," Little said.

He emphasized that the center is not criticizing any religious group, including the online churches.

"We don't want to take anything away from anyone," Little said. "All we're asking is to have a seat at the table as well."

The dispute over the right to officiate at weddings is not new to CFI, which has been represented for free in its legal battle by the law firm of Akin Gump Strauss Hauer & Feld.

CFI also spearheaded legislation that allowed nonreligious celebrants to solemnize marriages in Oregon as of Jan. 1, 2018. 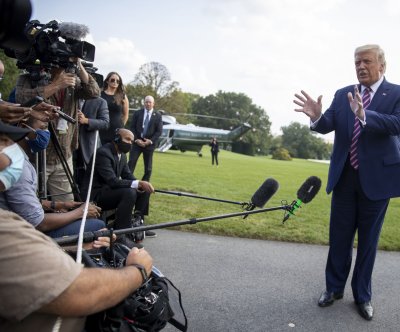