Tropical Storm Jerry is expected to pass just north and west of Bermuda on Wednesday. Photo courtesy of NOAA

Sept. 24 -- Tropical Storm Jerry weakened to a post-tropical cyclone and is expected to weaken further as it approaches Bermuda.

Jerry weakened from a Category 1 hurricane to a tropical storm early Saturday morning while passing a few hundred miles to the north of the northern Leeward Islands, Virgin Islands and Puerto Rico.

In its 5 p.m. EDT Wednesday update, the National Hurricane Center said the center of the storm was located about 45 miles west of Bermuda. It was moving east-northeast at 12 mph with 35 mph maximum sustained winds. A tropical storm warning was in effect for Bermuda as Jerry is expected to pass the British island territory during the day, dropping between 1 and 2 inches of rain on its way.

Meanwhile, the storm is expected to weaken over the next few days and could become a post-tropical cyclone later Wednesday.

A cold front that swept off the East Coast of the United States on Monday night will pull the tropical system northeastward.

While this anticipated turn spared the United States from direct impacts, Jerry's projected path will put the storm on a close encounter with Bermuda.

RELATED U.S. military wraps up its mission in Bahamas after hurricane

"Strong wind shear will continue to deform Jerry and prevent it from becoming a hurricane for the balance of this week," Kottlowski said.

Just this past week, former Major Hurricane Humberto unleashed fierce winds as it passed just to the north of Bermuda.

Bermuda's building codes require dwellings to withstand sustained wind speeds of 110 mph, which is the equivalent of a high-end Category 2 hurricane. A majority of properties are made of stone and mortar.

As a result, structural damage is unlikely to occur with Jerry, even with its projected path very close to Bermuda.

However, gusty winds can toss around loose items like toys and cause them to become potentially deadly projectiles. Isolated power outages and tree damage may also occur.

Residents should make sure to secure or safely house any outdoor furniture, planters or decorative items ahead of Jerry's arrival.

Large swells generated by Jerry will bring rough and dangerous surf to Bermuda through Wednesday. Rip currents will be strong and numerous.

The rain and wind could hinder any continued recovery efforts from Humberto, according to Gilbert.

Conditions will dramatically improve across Bermuda later Wednesday as Jerry gets swept northeastward.

In the wake of Jerry, several other tropical disturbances are being closely monitored across the Atlantic basin, including Karen. 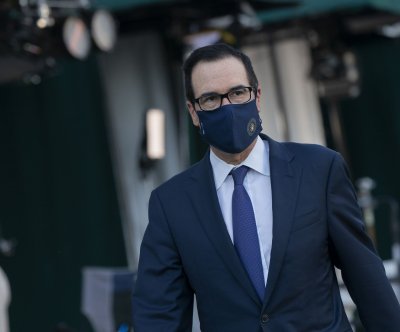