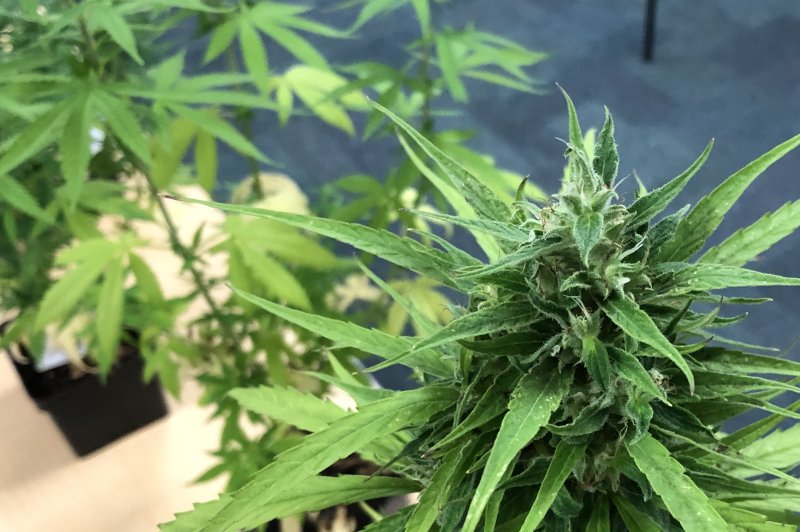 Hemp plants are displayed at an August public workshop at the University of Florida at its Mid-Florida Research and Education Center in Apopka. File Photo by Paul Brinkmann/UPI

DENVER, Sept. 5 (UPI) -- The number of agricultural acres licensed in 2019 to grow industrial hemp in the United States was four times greater than the year before, a new report said Thursday.

The number of acres of hemp licensed across 34 states totaled 511,442 in 2019, compared with 112,000 acres licensed in 2018, the Washington, D.C.-based organization said. About 16,900 farmers and researchers received licenses from state boards of agriculture last year, said Eric Steenstra, president of the group.

Of the acres licensed to grow hemp, the organization estimates about half, 230,000, were planted. Only 50 to 60 percent of that will be harvested because of "crop failure, non-compliant crops and other factors," Vote Hemp said.

RELATED Fatty meal might affect how you absorb CBD

But many farmers and tribes harvesting and planting hemp this year do not have buyers for their crops.

"It's not a commodity crop yet," Steenstra told UPI. "We're starting from scratch because we haven't grown hemp for decades, so the genetics were lost and we need to rebuild a demand for processing and infrastructure."

Hemp, a cannabis family cousin of THC-active marijuana, was delisted by the U.S. Drug Enforcement Agency as a Schedule 1 substance in December 2018. Hemp is defined as cannabis with less than 0.3 percent THC. Outside of a few pilot programs in some states, hemp was illegal to plant and harvest on a large scale from 1937 until the passage of the 2018 Farm Bill.

The top three states for the number of hemp licenses issued were Colorado, Kentucky and Oregon, Steenstra said.

Most hemp in the United States is being cultivated for cannabidiol, or CBD, a non-psychoactive chemical compound that has become a consumer craze in cosmetics, food, pet products and personal care.

But uncertainty exists in the CBD market because the Food and Drug Administration has not issued rules for the consumer use of CBD as a food additive, Steenstra said.

Other uses for hemp include hemp seed, a source of proteins and Omega-3 and Omega-6 essential fatty acids. Hemp bast fiber has shown "promising potential to replace graphene in supercapacitor batteries," Vote Hemp said. Hemp fiber also can be used to create hard bioplastics "for use in everything from airplanes to car parts," the group said.

U.S. News // 1 hour ago
Texas' abortion-rights movement sets its sights on the long run
June 27 (UPI) -- The morning after the U.S. Supreme Court struck down Roe vs. Wade, stripping from millions the constitutional protection to seek an abortion, Texas state Rep. Erin Zwiener went out into her district to knock on doors.

U.S. News // 2 hours ago
Ob-gyns: Abortion ruling 'dark day' for women's healthcare
The U.S. Supreme Court's decision to overturn a woman's right to have an abortion marks a "very dark day in healthcare" that will leave patients at risk and doctors afraid to act, ob-gyn leaders said.

U.S. News // 20 hours ago
Heavy storms to slice through heat, humidity in the Northeast
June 26 (UPI) -- Summertime heat and humidity have taken a hold of the Northeastern states for the final weekend of June. A strong cold front is on the way to cut steamy conditions.