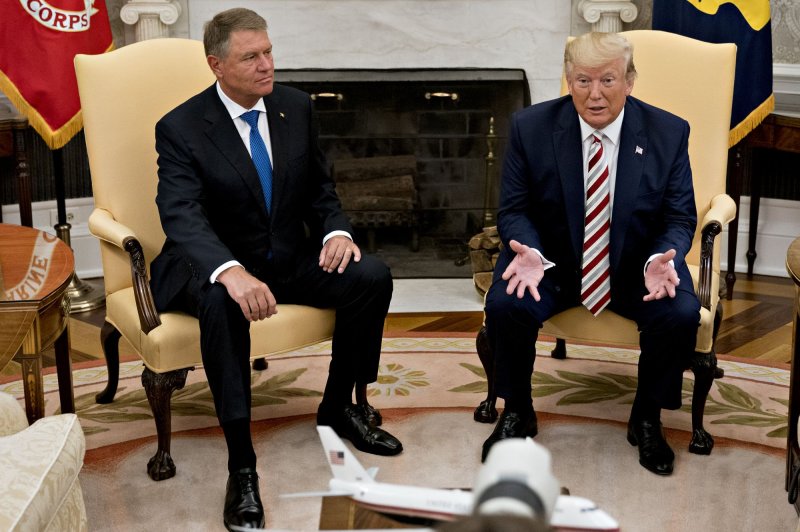 Aug. 20 (UPI) -- President Donald Trump said Tuesday afternoon he would consider a temporary payroll tax cut even though he believes the economy is strong and there's no recession on the horizon.

This comes after several denials from the White House on Monday and Tuesday morning that no such idea was being considered. The tax cut would give Americans more take-home pay. But payroll taxes fund Social Security and Medicare. The tax cut could be a hard sell for the Democratic-controlled House.

"I've been thinking about payroll taxes for a long time," Trump said. "Many people would like to see that. We're looking at various tax reductions. But I'm looking at that all the time anyway."

The mixed signals within the Trump administration could mean they are taking a measured approach to economic stimulus because the strength of the economy remains one of the main pillars of his 2020 reelection campaign. Reacting to bad economic news is also an acknowledgement that there are problems with the economy.

Trump has maintained confidence in the economy, blaming the mainstream media for causing panic of a recession. He also blamed the Federal Reserve for holding the economy back, urging the Fed to cut interest rates by 1 percent over time.

Some economists have blamed the potential recession on the trade war with China.

RELATED Beijing moving to stamp out Hong Kong protests, but may have lost the city

But Trump remains undeterred, saying the tariffs with China are more crucial than the short-term drawbacks.

"I am doing this whether it's good or bad for your statement about 'will we fall into a recession for two months,'" Trump said. "The fact is somebody had to take China on."

U.S. News // 22 minutes ago
Inflation not likely to end soon, Fed chair Jerome Powell says
Feb. 7 (UPI) -- The slight easing of inflation is a welcomed sight for consumers but an end to the more than year-long battle against rising prices is far from over according to Federal Reserve Chair Jerome Powell.

U.S. News // 3 hours ago
DHS bans chokeholds, limits no-knock entries
Feb. 7 (UPI) -- The Department of Homeland Security's latest policy update adds constraints to the use of force by law enforcement officers, including a ban on chokeholds and new limitations on carrying out no-knock warrants.

U.S. News // 4 hours ago
Beijing maintains denial on balloon, says debris 'belongs to China'
Feb. 7 (UPI) -- The U.S. Navy conducted a mission to retrieve debris from the Chinese surveillance balloon that was shot down over the weekend, landing off the coast of Myrtle Beach, S.C.
Advertisement