New York and two other states are suing the Trump administration to block the changes to the "public charge" rule from taking effect.  File Photo by Jim Ruymen/UPI | License Photo

Connecticut and Vermont joined New York in the lawsuit, arguing that many families eligible for public assistance have dropped out because they don't want to hurt their changes at getting a green card and, eventually, citizenship.

"Quite simply, under this rule, more children will go hungry, more families will go without medical care and more people will be living in the shadows and on the streets," James said. "We cannot and we will not let that happen."

RELATED Lawsuit: ICE fails to give 'basic' care to migrants detained at border

The Trump administration said the rule protects American taxpayers and ensures "that non-citizens in this country are self-sufficient and not a strain on public resources."

The rule is scheduled to take effect in October but the lawsuit will ask a judge to block it.

The idea of basing an application decision on whether the applicant used food stamps, Medicaid or housing subsidies has been around since 1996. But the new proposal would affect more people.

Advertisement
RELATED U.S. reps from Texas serve as ambassadors of the border

The plaintiffs argue that the rule discriminates against people of color.

"Generations of citizens landed on the welcoming shores of Ellis Island with nothing more than a dream in their pockets," James said. "The Trump administration's thinly veiled efforts to only allow those who meet their narrow ethnic, racial and economic criteria to enter out nation is a clear violation of our laws and our values."

The lawsuit also lists other times the Trump administration targeted minorities, including attempts to rescind the Deferred Action for Childhood Arrivals program, the ban on travelers from Muslim majority countries and ending protections for refugees from Central America. 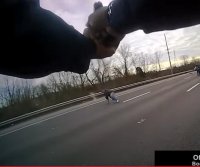 U.S. News // 4 hours ago
Blizzard warnings issued for mid-Atlantic to New England as Nor'easter looms
Residents across the mid-Atlantic and New England on Friday were bracing for a major snowstorm as a Nor'easter will develop and rapidly strengthen into a bomb cyclone as it moves northward along the Eastern Seaboard. 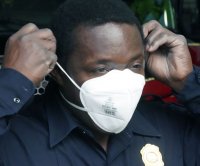 U.S. News // 4 hours ago
Pharmacies, grocery stores begin distribution of free N95 masks
Jan. 28 (UPI) -- Chain pharmacy Walgreens, supermarket Kroger and regional grocery store Meijer are some of the first locations to receive free N95 masks from the national Strategic National Stockpile that will be given away for free.