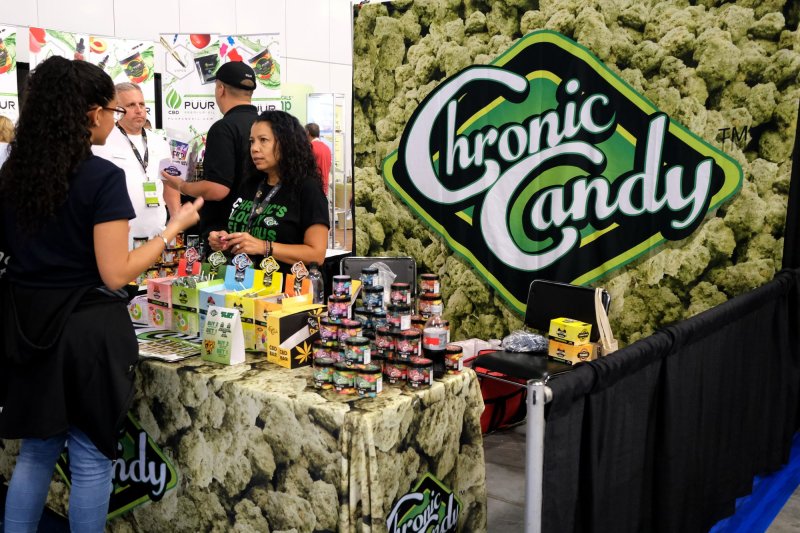 Exhibitors display CBD products on August 3 at an exposition at the Miami Beach Convention Center in Miami Beach, Fla. Photo by Gary I Rothstein/UPI | License Photo

Aug. 8 (UPI) -- One in seven Americans use cannabidiol-based products -- which are derived from hemp -- especially young adults and residents of the Western United States, a new survey said Thursday.

Pollster Gallup said in a study 14 percent of Americans personally use CBD products, compared to 50 percent who do not. Thirty-five percent answered they're unfamiliar with CBD products. Among those who use the products, the majority are Americans between 18 and 29.

For those who use CBD, 40 percent said they do so for pain, 20 percent for anxiety and 11 percent for sleep. The survey found women are more likely to use CBD products for anxiety, and most men for insomnia.

A growing number of CBD products have hit the U.S. market since they were legalized last year, but Gallup said most Americans aren't aware of them -- particularly seniors, who may stand to benefit the most with use.

Regionally, the West has the greatest usage, 21 percent. Thirteen percent are located in the South, and 11 percent in the East and Midwest.

The non-intoxicating hemp derivative can be found in food, drinks and ointments.

U.S. News // 31 minutes ago
Maryland trooper fatally shoots teen armed with airsoft gun
April 14 (UPI) -- Police in Maryland said they are investigating a trooper-involved shooting that resulted in the death of a 16-year-old boy armed with an airsoft gun and knife.