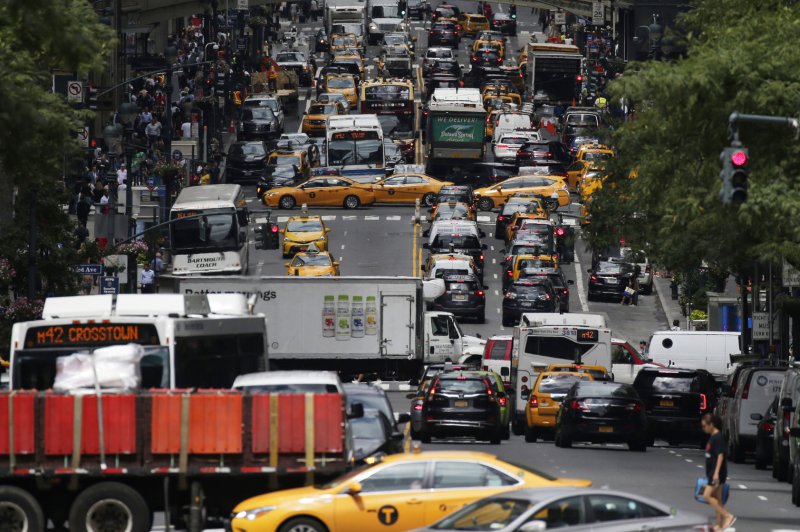 The agreement establishes a timeline to cut carbon emissions and boost fuel economy to graduated levels through at least 2026.  File Photo by John Angelillo/UPI | License Photo

July 25 (UPI) -- Four of the world's largest automakers have reached an environmental agreement with the state of California, to raise gas mileage and emissions standards -- a move that bypasses the Trump administration's decision to roll back the regulations.

The automakers -- Ford, BMW, Honda and Volkswagen -- pledged as part of the deal to increase the average fuel economy of their vehicles to nearly 50 miles per gallon.

The agreement was brokered by the automakers and the California Air Resources Board.

Under the pact, fuel economy and carbon emissions standards would rise nearly 4 percent every year from the 2022 model year through 2026.

"This agreement represents a feasible and acceptable path to accomplishing the goals of California and the automobile industry," CARB Chair Mary D. Nichols said in a statement.

A year ago, the Trump administration moved to roll back Obama-era standards by nearly 25 mpg. Seventeen states sued in June to protect the emission standards.

"If the White House does not agree, we will move forward with our current standards but work with individual carmakers to implement these principles," Nichols added. "At the same time, if the current federal vehicle standards proposal is finalized, we will continue to enforce our regulations and pursue legal challenges to the federal rule."

California officials said the deal is nearly identical to the Obama-era standards. They said it will allow other states to follow California's lead in meeting climate and clean air goals.

"Ensuring that America's vehicles are efficient, safe and affordable is a priority for us all," the automakers said in a joint statement. "A 50-state solution has always been our preferred path forward and we understand that any deal involves compromise.

The companies said the agreement provides some certainty for the industry, as it approaches the 2020 U.S. presidential election, which could bring a change of power.

U.S. News // 16 hours ago
Anti-abortion marchers in D.C. hope 2022 will bring 'a historic change for life'
Jan. 21 (UPI) -- As abortion opponents demonstrated Friday at the annual March for Life rally, some said they hoped "something very big" is on the immediate horizon for their movement.