Experts in Senate describe effects of detention on migrant children

Women and children lie on the floor behind fencing on July 13 at the Central Processing Center in McAllen, Texas. Photo courtesy Office of Rep. Doris Matsui/UPI | License Photo

July 17 (UPI) -- Two former officials at the Homeland Security Department and Drug Enforcement Administration testified in the Senate Wednesday to answer lawmakers' concerns about the treatment of families under the Trump administration's immigration policy.

Wednesday's hearing comes after months of controversy surrounding the detention and treatment of migrant families along the U.S. border with Mexico.

"We keep presenting this as we have to detain kids or we aren't going to have secure borders," Sen. Maggie Hassan said. "That is a polarity that I reject .... We know separating children from families is wrong."

She added the United States needs to "do the right thing."

"The American Academy of Pediatrics states that no time is a good time as far as detention," she said. "Once children cross the border, [there should] be a safe place for them to land."

Oregon Sen. Rob Portman called for a long-term solution to the root causes of migration from Central America.

"There is no good solution here unless you deal with the incentives," he said. "You are encouraging these children to leave their homes and come to America, and join traffickers to come to our border. We don't want kids to be detained at all."

Tandy, a Family & Child care panel member, said they have considered adding hundreds of new immigration judges to get through the backlog.

RELATED Border detention efforts aren't good enough, according to the government itself

"The surges of these people have overwhelmed a facility meant to keep people for hours. Not days, not weeks and longer."

Four civil rights groups have sued the Trump administration to block a new rule that took effect Tuesday, which seeks to limit the number of asylum seekers. It requires Central American migrants first apply for asylum in any nation they reach before the United States.

"When these women tell me that they were put into a cell and their sink was not working ... and they were told to drink out of a toilet, I believed them," New York Rep. Alexandria Ocasio-Cortez said. "This is a manufactured crisis because there is no need for us to do this."

U.S. News // 1 hour ago
Minneapolis mayor calls for arrest of officer who kneeled on George Floyd's neck
May 27 (UPI) -- Minneapolis Mayor Jacob Frey on Wednesday called for the arrest of the police officer seen in a video kneeling on the neck of a handcuffed man who later died.

U.S. News // 2 hours ago
Bertha weakens to a depression as it spreads heavy rain over Carolinas
May 27 (UPI) -- A disturbance that left Miami streets underwater over the Memorial Day weekend rapidly strengthened off of the South Carolina coast Tuesday night and was named Tropical Storm Bertha for several hours on Wednesday.

U.S. News // 8 hours ago
Fauci: Hydroxychloroquine ineffective as COVID-19 treatment
May 27 (UPI) -- Dr. Anthony Fauci said Wednesday that hydroxychloroquine, a drug President Donald Trump said he has taken to ward off the coronavirus, is not an effective treatment based on the latest scientific data. 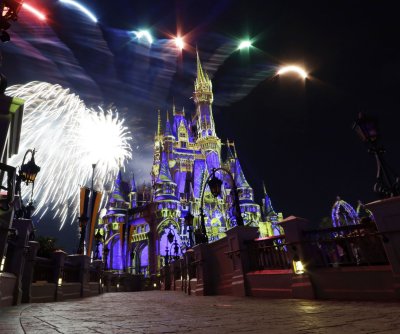 U.S. News // 3 hours ago
Florida's Disney, SeaWorld parks to reopen within weeks
May 27 (UPI) -- The Walt Disney Company and SeaWorld announced plans Wednesday to reopen their Florida theme parks over the next two months. 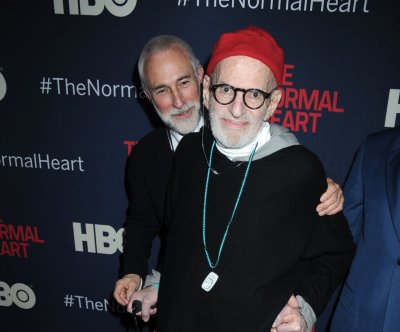 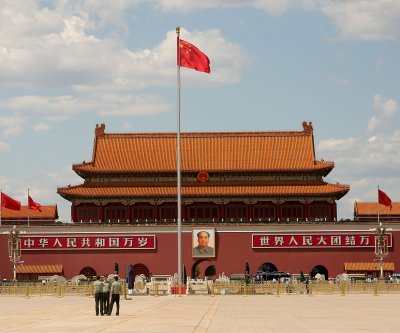 U.S. News // 5 hours ago
Las Vegas casinos get green light to reopen next week
May 27 (UPI) -- Las Vegas casinos began preparing Wednesday to reopen after Nevada Gov. Steve Sisolak gave them the go-ahead as part of his plan to restart the state economy.