Sen. Amy Klobuchar, D-Minn., announced a plan for seniors Friday that focuses on Alzheimer's and a right to have health care. Photo by Kevin Dietsch/UPI | License Photo

Klobuchar said in a statement she will focus on a cure for Alzheimer's and wanted to focus on caregivers as well. The senator said a new tax on trust funds would pay for the plan, raising about $200 billion.

"Everywhere I go, I meet seniors who tell me about their struggles to afford everyday costs like prescription drugs or healthcare," Klobuchar said in her statement. "I meet family members who face challenges caring for loved ones with Alzheimer's and urgent action is needed to take on these problems.

"I believe we owe it to our seniors to make sure they have the care and support they need as they get older, and as president I will prioritize tackling Alzheimer's, strengthening health care and retirement security, and reducing prescription drug costs," she added.

Klobuchar referenced her own father when she talked about the need to do more to tackle Alzheimer's.

"One of the things you realize when you have someone in your family -- for me, my dad is 91, thankfully it didn't hit him till later -- but you see them growing more and more distant, not in the heart but in the mind, and you realize sometimes they may not even quite know who you are, and that's a hard moment when that happens," Klobuchar told CBS This Morning.

Klobuchar said she was pushing for a constitutional amendment guaranteeing that all Americans have the right to health care, contrasting that with Trump administration's effort to outlaw the Affordable Care Act.

"If we had the political environment where we could pass something like that, that would be good because I see health care as a right and not a privilege," Klobuchar added. 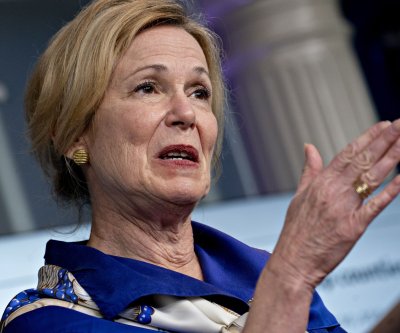 U.S. News // 13 hours ago
Pelosi: Democrats still at odds with GOP, White House on stimulus
Aug. 2 (UPI) -- House Speaker Nancy Pelosi said Democrats remain at odds with Republicans and the White House as they continue to fight for an extension of $600 weekly unemployment for Americans in the latest COVID-19 stimulus bill.