July 4 (UPI) -- U.S. Rep. Justin Amash, who is the only Republican in Congress backing an impeachment inquiry of President Donald Trump, said on the Fourth of July he is declaring his independence from the GOP.

Amash, who has served in Michigan's 3rd District since 2011, wrote about his decision in an commentary in The Washington Post.

"Today, I am declaring my independence and leaving the Republican Party," Amash wrote. "No matter your circumstance, I'm asking you to join me in rejecting the partisan loyalties and rhetoric that divide and dehumanize us. I'm asking you to believe that we can do better than this two-party system - and to work toward it. If we continue to take America for granted, we will lose it."

In May, he became the first current Republican congressional lawmaker to join Democrats calling for an impeachment inquiry. He wrote five tweets, after reading Robert Mueller's report on Russian interference in the 2016 election, that he believes Trump engaged in obstruction of justice.

Here are my principal conclusions:
1. Attorney General Barr has deliberately misrepresented Mueller's report.
2. President Trump has engaged in impeachable conduct.
3. Partisanship has eroded our system of checks and balances.
4. Few members of Congress have read the report.

On Thursday morning, Trump reacted to Amash's decision, posted his views on twitter.

Great news for the Republican Party as one of the dumbest & most disloyal men in Congress is "quitting" the Party. No Collusion, No Obstruction! Knew he couldn't get the nomination to run again in the Great State of Michigan. Already being challenged for his seat. A total loser!

Amash, a staunch libertarian, plans to run as an independent.

With this status, he wouldn't have to compete in the primary to run in the general election for a sixth term. During a town hall in Grand Rapids, which is in his district, he said it is "very difficult" to run as an independent in Michigan. He noted straight-ticket voting and requirements for third-party candidates to get on the ballot.

"Most Americans are not rigidly partisan and do not feel well represented by either of the two major parties," he wrote in his commentary. "Preserving liberty means telling the Republican Party and the Democratic Party that we'll no longer let them play their partisan game at our expense."

In the article, Amash didn't mention the president. He also blasted his Republican colleagues for not backing an impeachment inquiry in the House.

"The Republican Party, I believed, stood for limited government, economic freedom and individual liberty -- principles that had made the American Dream possible for my family," he wrote. "In recent years, though, I've become disenchanted with party politics and frightened by what I see from it. The two-party system has evolved into an existential threat to American principles and institutions."

He stepped down from the House Freedom Caucus, a group of roughly three dozen hardline conservatives in which he was a founding member.

"I have the highest regard for them and they're my close friends," Amash told CNN shortly after he informed the HFC board of his decision. "I didn't want to be a further distraction for the group." 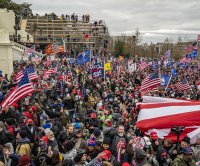 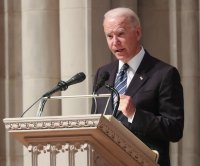