Employees and supporters gathered in front of Trinity Church on Wednesday afternoon holding signs that read "A prison with a bed is still a prison" and "workers say no to child detention!"

The protesters also chanted "Hey Hey! Ho Ho! ICE contracts have got to go!" using an acronym for Immigration and Customs Enforcement.

Some protesters said they would no longer purchase furniture from the company while employees engaged in a show of solidarity against the decision.

"This is the first time I felt like I needed to hit the streets to make sure I was proud of my company, to make sure I was happy to work for them," Wayfair employee Madeline Howard said, according to WBUR. "Everyone deserves a home that they love."

In a letter signed by 500 employees and shared on social media, the protesters expressed concern about Wayfair processing a $200,000 order for bedroom furniture from non-profit BCFS Health and Human Services to be sent to a migrant child detention facility in Carrizo Springs, Texas.

"We believe that the current actions of the United States and their contractors at the southern border do not represent an ethical business partnership Wayfair should choose to be a part of," the letter stated.

Wayfair executives responded to the employees with a letter of their own on Monday, saying the company appreciated the "passion and commitment" of the employees but stating the sale would go through.

"It is our business to sell to any customer who is acting with the laws of the countries within we operate," the executives wrote.

A BCFS spokeswoman also indicated the deal would be completed.

"We believe youth should sleep in beds with mattresses," she said.

Ahead of the walkout, Wayfair announced a $100,000 donation to the Red Cross.

"This is great news! And proof that Wayfair can and does do good," the Wayfair walkout Twitter account wrote. "However the Red Cross has nothing to do with these ICE-operated facilities." 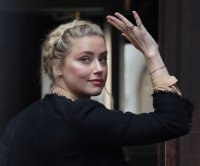 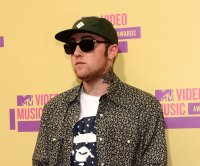 U.S. News // 4 hours ago
Drug dealer sentenced to 17 years in prison deadly fentanyl sale to Mac Miller
May 16 (UPI) -- Stephen Andrew Walter, 49, was sentenced to 210 months in prison for distributing fentanyl-laced pills that led to the 2018 overdose death of rapper Mac Miller.