June 24 (UPI) -- A judge approved Monday a revised $85 million settlement between Oklahoma and Teva Pharmaceuticals over the company's role in fueling the state's ongoing opioid crisis.

Under the settlement, Teva will have three business days to wire transfer the money to the Attorney Trust Account of Whitten Burrage.

After lawyers' fees have been subtracted, the money will be deposited within 24 hours into the Opioid Lawsuit Settlement Fund of the State of Oklahoma to help abate the ongoing opioid crisis, Cleveland County District Judge Thad Balkman said in his decision.

Meanwhile, Teva does not admit to having committed any "wrongdoing" or violated any applicable law, it said.

The settlement was originally agreed to in May but Gov. Kevin Stitt and legislative leaders argued it failed to meet new state laws concerning settlement funds going into the state treasury, The Oklahoman reported.

Teva will also not be allowed to provide financial support for branded or unbranded information promoting opioids including brochures, newsletters, books and guides.

The lawsuit alleged that Teva had taken "affirmative steps to overstate the efficacy of their opioid pain medications for a wide range of medical conditions, while at the same time falsely downplaying the risk of addiction to those medications."

"The effects of the ongoing opioid epidemic in Oklahoma has been devastating," he said in a statement. "The resources and terms of the agreement will help abate the ongoing crisis the state is facing, help prevent doctors and Oklahomans from being misled by marketing materials and provides law enforcement with another investigative tool to help us shut down pill mills and illicit enterprises."

The agreement follows the attorney general having reached a $270 million settlement in March with Purdue Pharma in a case Oklahoma accused the OxyContin maker of facilitating the opioid crisis.

The state is currently trying Johnson & Johnson of conducting a "brainwashing campaign" in its effort to push drug sales. 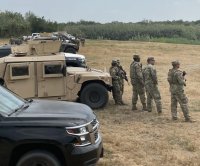