Oregon Republicans walked out of the state legislature Thursday in protest of the controversial cap and trade bill, which they say would be harmful to the state's large logging industry. Photo Gary C. Caskey/UPI    | License Photo

June 21 (UPI) -- Republican lawmakers walked out of the Oregon Capitol again Thursday with no plans to return, this time over the controversial cap-and-trade bill.

The minority Republicans have basically shut the Oregon legislature down because they no longer have a quorum to have a vote or pass a bill. The bill is designed to eliminate the use of fossil fuels and cut greenhouse emissions, which would require participation by all Oregonians.

If Republicans don't come back, Democrats won't be able to finish their business during the 2019 Legislative Session, which ends June 30. A vote on the cap-and-trade bill was supposed to take place Thursday.

The bill has plenty of opponents, including the very strong logging industry. Republicans tried to put the bill on the state ballot, saying the left-leaning legislature doesn't represent the people.

When that failed, Republicans stormed out.

"After more than 8 hours of fruitless negotiations late into last night, the Democrats failed to offer a reset on House Bill 2020," Senate Republican Leader Herman Baerschiger Jr. said in a statement. "We have endured threats of arrest, fines and pulling community project funds from the governor, Senate President and Majority leaders. We will not stand by and be bullied by the majority party any longer. Oregonians deserve better. It's time for the majority party to consider all Oregonians -- not just the ones in Portland."

Oregon Gov. Kate Brown, a Democrat, dispatched the state police to bring Republicans back to the capitol in Salem. But many Republicans crossed state lines so the state authorities have no authority to bring them back.

In a Twitter post, the Oregon State Republicans said they could face fines of up to $500 per day for "standing up for Oregonians AGAINST #hb@2020."

The Republicans walked out earlier this month over a school funding tax package -- a standoff that lasted four days. Brown had to take gun control and vaccine requirements off the agenda to get Republicans back to the capitol.

A similar walkout happened in Texas in 2003 when the minority Texas Democrats walked out over a bill that would redraw the lines of congressional districts in the state. They first went to Oklahoma and later New Mexico where they stayed for 46 days at a Marriott hotel. They were known as the "Killer D's" and "Texas Eleven." 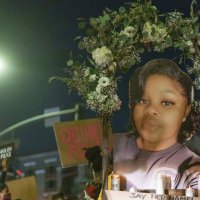