House Intelligence Committee Chairman Rep. Adam Schiff of California said Sunday he was disturbed by a report in the New York Times that President Donald Trump has not been fully briefed on plans to infiltrate Russia's electrical power grid to counter cyberattacks. Photo by Mike Theiler/UPI | License Photo

Appearing on CBS' Face the Nation, Schiff, D-Calif., said he couldn't confirm the accuracy of the New York Times report released on Saturday, but said it was concerning that military and intelligence officials might be withholding information about plans to counter potential Russian cyberattacks from Trump out of worry that he might share them with foreign nations.

"What I found most disturbing about that New York Times story about whether we're preparing the battlefield, in terms of the electrical grid in Russia, was the fact that the security officials with the administration felt they couldn't tell this to the president because he might compromise that information in a conversation with the Russians," he said. "Or he might countermand their orders, their military decisions because of the president's obsequious attitude towards Russia."

The New York Times report cited two unnamed administration officials who said they didn't believe Trump had been "briefed in any detail" about plans to place software code in Russia's power grid to counteract Moscow's disinformation and hacking campaigns around U.S. elections.

"Pentagon and intelligence officials described broad hesitation to go into detail with Mr. Trump about operations against Russia for concern over his reaction -- and the possibility that he might countermand it or discuss it with foreign officials, as he did in 2017 when he mentioned a sensitive operation in Syria to the Russian foreign minister," the report stated.

Trump responded to the report on Twitter Saturday night, stating the story was not true and describing it as a "virtual act of treason."

.....ALSO, NOT TRUE! Anything goes with our Corrupt News Media today. They will do, or say, whatever it takes, with not even the slightest thought of consequence! These are true cowards and without doubt, THE ENEMY OF THE PEOPLE!— Donald J. Trump (@realDonaldTrump) June 16, 2019

The New York Times' Communications Twitter account responded to Trump's tweets, saying that "accusing the press of treason is dangerous."

"We described the article to the government before publication. As our story notes, President Trump's own national security officials said there were no concerns," the tweet stated.

Schiff there has been a "heightened focus" on Russian meddling and establishing a deterrent related to the country's power grid. He added thatCongress has been briefed on the plan and is making a "continual effort" to oversee the operation.

"We certainly press the intelligence community and our military to be briefed ... and I think we are being kept informed," he said. 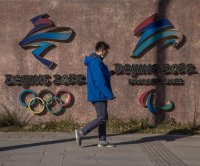 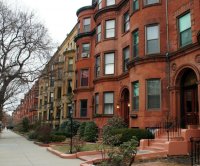 U.S. News // 4 hours ago
Rent, occupancy rates in U.S. rise to record level in November, study shows
Dec. 6 (UPI) -- Rent and occupancy rates for apartments in the United States rose to new heights in November, according to an analysis Monday, even as rental and housing markets enter the historically slow winter season.