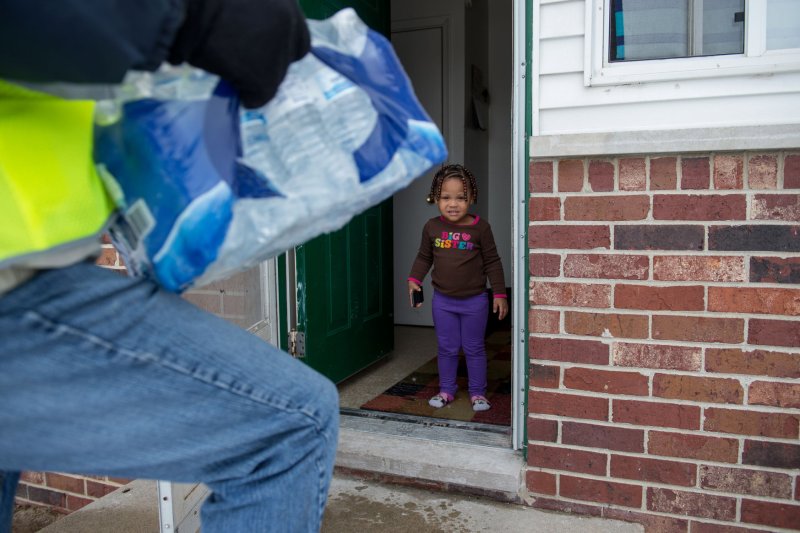 Though the criminal cases have been dropped, they could be reopened after further investigation. File Photo by Molly Riley/UPI | License Photo

The office is dropping the manslaughter cases of Michigan Department of Health and Human Services Director Nick Lyon and form Chief Medical executive Eden Wells, as well as cases against six other state and city officials. Their cases could be reopened in the future.

The investigation into the cause and liabilities related to the Flint water crisis began under the tenure of former Michigan Attorney General Bill Schuette, but Dana Nessel took over the office earlier this year.

Nessel appointed Hammoud and Worthy to review the criminal cases.

"I trust them and if this step is necessary for them to do a comprehensive and complete investigation," Nessel said, "I am in absolute support.

"I want to remind the people of Flint that justice delayed is not always justice denied and a fearless and dedicated team of career prosecutors and investigators are hard at work to ensure those who harmed you are held accountable."

The water crisis began April 25, 2014, when city officials switched Flint's water supply from treated Lake Huron and Detroit water to raw water from the Flint River, which was then treated at the Flint Water Treatment Plant. The new source wasn't sufficiently cleaned and lead leached from the city's old pipes into the water supply, poisoning about 100,000 Flint residents over a period of 17 months. At least 12 people died from Legionnaires' disease linked to the contaminated water, and the city faced dozens of lawsuits that accused officials of recklessness and negligence.

U.S. News // 1 hour ago
MLK III opposes Trump visit to N.J.: 'This is not the America we should be'
Jan. 29 (UPI) -- Martin Luther King III took jabs at President Donald Trump at a rally in New Jersey Tuesday night while protesting his visit to lend support to Rep. Jeff Van Drew's re-election campaign.

U.S. News // 5 hours ago
Native oysters make comeback, thrive again in Puget Sound
Jan. 29 (UPI) -- After more than a century of overharvesting and industrial pollution, the Pacific Northwest's only native oyster is making a comeback in Washington's Puget Sound.

U.S. News // 7 hours ago
House passes bill in support of Tibet human rights
Jan. 29 (UPI) -- The U.S. House of Representatives has overwhelmingly passed legislation in support of protecting human rights in Tibet, the latest congressional condemnation against China's treatment of its citizens.