A woman becomes emotional as she visits an impromptu memorial outside a police station near the scene of a mass shooting where 12 people were killed, in Virginia Beach, Va. Friday. On Tuesday, Gov. Ralph Northam called a special session to address gun control. Photo by Ray Stubblebine/UPI | License Photo

The special session gives Northam a second chance at some of the gun laws he tried to pass last year, including universal background checks on all gun sales. That includes private and online sales. Also, an extreme risk protective order would create a legal mechanism to force people to give their guns up if they are a substantial danger to themselves or others.

"I will be asking for votes and laws, not thoughts and prayers," Northam said last week. "It is right to respond to this tragedy with decisive action. Let Virginia set an example for the nation, that we can respond to tragedy with action. That we can turn pain into purpose."

Another law would limit gun purchases to one per month. Also, anyone who has a final order of protection against them would be prohibited from buying, possessing or transporting firearms and would be required to turn them over within 24 hours. Assault weapons that hold more than 10 rounds of ammunition would also be banned.

The lost and stolen firearm bill would require gun owners who lose a gun or have it stolen to report it within 24 hours.

Virginia House of Delegates Speaker Kirk Cox said the governor's call for a special session is "hasty and suspect."

"While the governor can call a special session, he cannot specify what the General Assembly chooses to consider or how we do our work," the Republican said. "We intend to use that time to take productive steps to address gun violence by holding criminals accountable with tougher sentences -- including mandatory minimums."

Virginia has had tragedy before, including the Virginia Tech shooting in 2007. In the aftermath, bipartisan reforms were passed.

Sen. Tim Kaine, D-Va., who was governor of Virginia at the time of the Tech shooting, offered his support to Northam's efforts.

"It's painfully clear from the horrific shooting in Virginia Beach and the daily scourge of gun violence in communities across the Commonwealth that Virginia must pass commonsense gun safety reforms," he tweeted.

"When I was governor following the tragedy at Virginia Tech, we made some progress to fix a flaw in the background record check system that allowed the shooter to purchase a weapon, but when we tried to do more to strengthen background checks, Republicans blocked our efforts."

Cox said he wants to focus on harsher penalties for those who use guns to commit crimes, including mandatory minimum sentences.

The timing puts Virginia lawmakers in the spotlight with the November elections looming. Republican lawmakers have shot down gun control bills in the past. 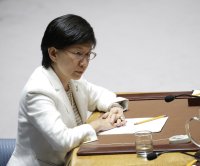