A worker at G.A.T. Guns in Dundee, Ill., shows a gun safe that requires an owner's fingerprint to open. File Photo by Brian Kersey/UPI | License Photo

May 30 (UPI) -- Illinois lawmakers have passed new gun control legislation that would require shoppers to provide fingerprints before they can buy firearms.

The Illinois House passed the bill Wednesday by a vote of 65-52, after 3 hours of terse debate. It also seeks to close a loophole by creating a task force to confiscate firearms from people who are no longer legally allowed to own them.

The proposal is a response to a February shooting at a warehouse in Aurora, Ill., that killed five people. The shooter, who died in a gunfight with police, still possessed his handgun after losing his legal right to own it -- a classification that applies to about 34,000 Illinois residents. Nearly 80 percent of them still have their firearms.

"I don't want to see this happen anywhere else in Illinois," House Rep. Barbara Hernandez told the Chicago Tribune. "It was really heartbreaking to see in Aurora, and to see the community broken because of one man's actions and the families left behind."

Opponents of the bill, like Rep. Darren Bailey, say it infringes too much on rights guaranteed by the U.S. Constitution.

The proposal has been sent to the Illinois Senate.

After the bill passed, the Illinois Rifle Association called it "one of the most onerous regulations for gun owners," and vowed to fight it in court if it becomes law. 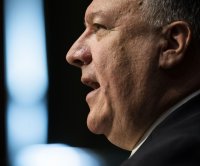