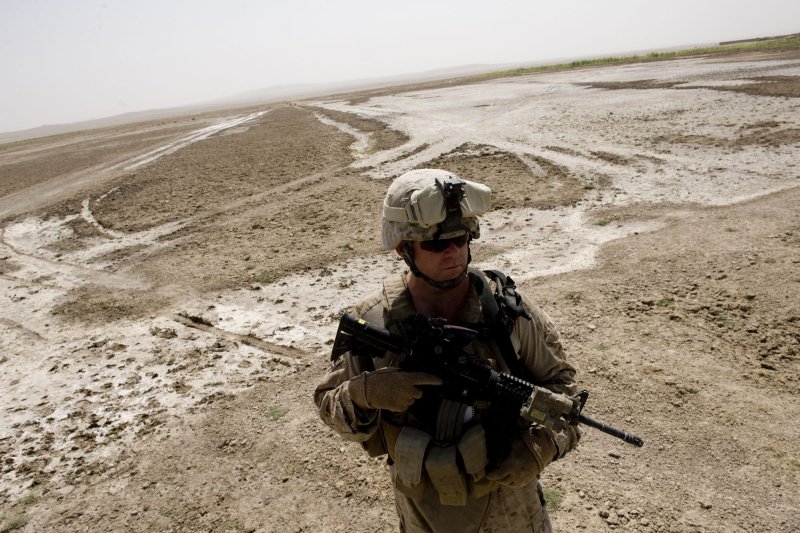 May 24 (UPI) -- The Pentagon will send an additional 1,500 troops to the Middle East to counter Iranian influence in the region, President Donald Trump said Friday.

Trump said the new deployment will provide protection for U.S. forces already in the region.

"We want to have protection," he said.

Officials said the deployment will largely involve engineering capabilities, as well as surveillance and reconnaissance units and those involved with Patriot defense missiles. Their comments might indicate that no immediate plans for a U.S. ground invasion are under consideration.

RELATED Iraqi PM: It is our 'national duty' to mediate between U.S., Iran

The decision was made late Thursday at a White House meeting between Trump and Pentagon leaders, the officials said. The Defense Department notified Congress of the plans Friday.

"Our job is deterrence. This is not about war," Shanahan said. "We have a mission there in the Middle East: freedom of navigation, counter-terrorism in Syria and Iraq, defeating al-Qaida in Yemen, and the security of Israel and Jordan."

The Trump administration has increased pressure on Iran since the United States withdrew from the 2015 nuclear deal. The administration has applied sanctions, designated Iran's Islamic Revolutionary Guard as "terrorist," and refused to renew waivers to allow other countries to buy Iranian oil. In response, Iran said it will accelerate the pace by which it enriches low-grade uranium at one nuclear plant, adding that it could reach a stockpile cap set by the nuclear agreement within weeks.

U.S. News // 1 hour ago
House halts vote on FISA reauthorization bill twice
May 28 (UPI) -- The House halted a vote Thursday for a second time on a bill reauthorizing provisions related to spying under the Foreign Intelligence and Surveillance Act amid growing opposition.

U.S. News // 2 hours ago
Dow extends growth streak in early trading Thursday
May 28 (UPI) -- U.S. blue chip stocks posted gains for the third straight day on Thursday and are up more than 1,000 points so far this week.

U.S. News // 3 hours ago
American Airlines to cut 30% of management, staff jobs
May 28 (UPI) -- American Airlines said Wednesday in a public filing that it plans on reducing its management and staff by 30 percent as it prepares for what air travel to look like after the coronavirus restrictions are lifted.