Rep. Adam Schiff, D-Calif., struck a deal with the Justice Department to get redacted material from the Mueller report. File Photo by Kevin Dietsch/UPI | License Photo

May 22 (UPI) -- The House intelligence committee will receive an unredacted version of the Mueller report in exchange for not enforcing a subpoena against Attorney General William Barr, committee chairman Rep. Adam Schiff said Wednesday.

The Justice Department agreed to give House Democrats counterintelligence and foreign intelligence material from special counsel Robert Mueller's investigation into Russian meddling in the 2016 election.

"DOJ has accepted our offer, and will begin turning over to the committee 12 categories of counterintelligence and foreign intelligence materials beginning this week," Schiff, D-Calif., tweeted. "Our subpoena will remain in effect, and will be enforced should the department fail to comply with the full document request."

Assistant Attorney General Stephen E. Boyd said the department would accommodate the committee's request and would expedite the request if the panel confirms it won't take action against Barr.

"To be clear, should the committee take the precipitous and unnecessary action of recommending a contempt finding or other enforcement action against the attorney general, then the department will not likely be able to continue to work with the committee to accommodate its interest in these materials," Boyd said in a letter to Schiff.

Schiff argues that the Mueller report deals with counterintelligence matters, namely how a foreign power was able to infiltrate the 2016 election.

"The department has repeatedly acknowledged the committee's legitimate oversight interest in these materials," Schiff said. "I look forward to, and expect, continued compliance by the department so we can do our vital oversight work."

U.S. News // 2 hours ago
Family finds shipwrecked boat during fishing trip at Lake Powell
Liz Bowles was on a recent fishing trip with her family and said the water was so low on their trip that new areas they had never seen were exposed. 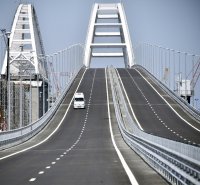 U.S. News // 10 hours ago
U.S. expresses 'deep concern' of Russia's military buildup near Ukraine
April 19 (UPI) -- The United States on Monday expressed its "deep concern" over the Kremlin's plan to block foreign naval ships and other state vessels from the Black Sea.