Hurricane hunters fly into dangerous hurricanes in the name of science 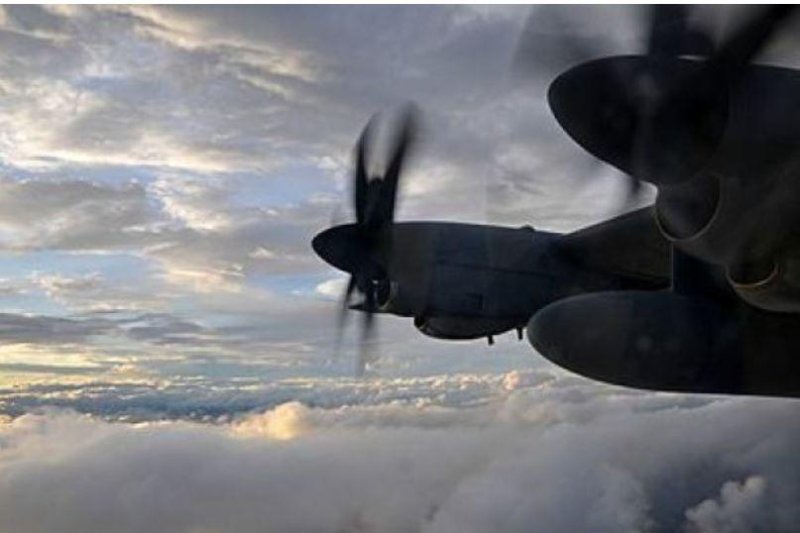 You've heard of storm chasers with their trusty getaway cars and gizmos. Now get ready for hurricane hunters, who dive nose-first into storms.

Like the storm chasers on land, the National Oceanic and Atmospheric Administration's hurricane hunters collect data that meteorologists otherwise wouldn't be able to assess.

"Hurricane hunters are critical in determining the intensity of a tropical system by directly sampling the storm," AccuWeather Meteorologist Randy Adkins said. "The data that they collect, including radar information, wind speed, temperature, pressure, etc. are instrumental in the forecasting process."

This information is then used to determine the strength and category of the storm and goes into creating the models and warnings.

"The data that they collect is so instrumental in helping us make that forecast, the watches and warnings," Director of the National Hurricane Center Ken Graham said. "But not only that, it gets in the models. So if the models are better, it helps all of us do our job."

Tools of the trade

"If we didn't send hurricane hunters into the hurricanes, we'd be relying more on satellite data which can give us a general idea but can't be very specific about what's happening within a particular section of the hurricane," AccuWeather Senior Meteorologist Rob Miller said.

There are things that satellite images can't provide, such as temperature, pressure and other measurements needed to create models and monitor hurricanes.

"Small errors with the input data can have a massive effect on the output, so it is extremely important that the data fed into the modeling is as accurate as possible - and the best way to do that is to fly into the system and collect the data directly," Adkins said.

So the hurricane hunters retrieve the data themselves.

Their rides of choice include two Lockheed WP-3D Orion four-engine turboprop aircraft specially equipped to gather data and see the scientists on board through the storm.

These aircraft cut into the raging storms and through the eyewall of hurricanes, dropping GPS dropwindsondes along the way. These tools are a meteorologist's Swiss army knife of sensors wrapped in a cylinder tube with a parachute.

As they fall to the sea, they transmit measures of pressure, humidity, temperature, wind direction and wind speed. These recordings build a detailed look at the structure and intensity of a hurricane for meteorologists.

The aircraft also deploy bathythermographs, which measure the temperature of the sea.

Also on board are the tail Doppler radar, the lower fuslage radar system and Steeped Frequency Microwave Radiometers. The former two scan the storm vertically and horizontally, delivering a real-time look while the latter measures over-ocean wind speed and rain rate in hurricanes and tropical storms. These two measurements give insight into potentially deadly storm surges, which is the leading cause of hurricane-related deaths in the United States.

According to NOAA, many of the 1,500 deaths that occurred from Hurricane Katrina were directly or indirectly related to storm surge.

High above the storm flies NOAA's Gulfstream IV-SP, surveying the weather systems in the upper atmosphere around developing hurricanes.

The aircraft is built to cruise at altitudes of 45,000 feet with a range of 4,000 nautical miles, according to NOAA.

An image of Tropical Storm Lee on September 3, 2011, from the view of a hurricane hunter. Photo by Valerie Smock/Accuweather.com

A look through eyes of the hunters

This duo teamed up to survey Hurricane Hector in 2018 and become the first all-female team to pilot a NOAA aircraft during a hurricane mission.

Irma, Maria, Hector and Lane, the two pilots have each flown through some of the strongest hurricanes.

"Hurricane Maria and Irma were the most powerful and emotional," Twinning said in an interview. "As we were flying these storms, we knew the path was headed for our homes, our families and our fellow Americans. This created a sense of ominous quiet in the aircraft as we flew over the Caribbean and Puerto Rico knowing the impact to these helpless communities was imminent."

In the early 1990s, then-crew chief of the WP-3D Orion, N43RF, Hurricane Hunter Center Greg Bast had been assigned to an aircraft that was referred to as the "pig" at the center due to its lack of a lustrous "cosmetic appearance."

Bast and Flight Engineer Steve Kirkpatrick decided to change the aircraft's image, starting with its name.

"The Muppet character is always so fastidious with her appearance," Bast wrote in NOAA's feature story celebrating the company's 200th anniversary explaining why they chose the Muppet name. The name caught on around the center, and Miss Piggy's beautification began.

The crews even reached out to Henson Productions, who owns the copyright to the Muppet characters. The company worked with NOAA to create large logos for Miss Piggy and the other two aircraft. The counterpart to Miss Piggy was dubbed 'Kermit the Frog', naturally, and the Gulfstream IV-SP dubbed 'Gonzo'.