April 25 (UPI) -- As measles cases in the United States climb to the highest number in two decades, advocates said Thursday nearly 170 million children worldwide have not been vaccinated for most of the current decade.

One day after the U.S. Centers for Disease Control and Prevention said there have now been 695 cases in 22 states this year, the United Nations children's agency said children going un-vaccinated is a growing problem around the world.

A UNICEF report said a primary reason for the disease's resurgence has been the "anti-vax" movement -- led by parents weary of the vaccine who refuse to inoculate their children. More than 21 million children, it said, missed out on the first dose of measles vaccines between 2010 and 2017.

"The ground for the global measles outbreaks we are witnessing today was laid years ago," UNICEF Executive Director Henrietta Fore said. "The measles virus will always find un-vaccinated children. If we are serious about averting the spread of this dangerous but preventable disease, we need to vaccinate every child, in rich and poor countries alike."

The nearly 700 cases in the United States this year is the highest since the disease was declared eliminated in 2000. The previous record was 694 in 2014. Federal health officials attributed the rising number to a few large outbreaks, specifically in New York and Washington state.

"The longer these outbreaks continue, the greater the chance measles will again get a sustained foothold in the United States," the CDC said in an update Wednesday.

Officials said the outbreaks this year began when non-vaccinated travelers visited foreign countries and returned with the ailment, risking infection in their communities. Health and Human Services Secretary Alex Azar said measles is not a harmless childhood illness and is "avoidable."

"We have the ability to safely protect our children and our communities," he said. "The measles vaccines are among the most extensively studied medical products we have, and their safety has been firmly established over years in some of the largest vaccine studies ever undertaken."

The World Health Organization said this month the number of worldwide measles cases increased 300 percent during the first three months of 2019. The agency also placed some of the blame on the "anti-vax" trend, calling "vaccine hesitancy" one of 10 threats to global health this year.

Azar said the Department of Health and Human Services will start a campaign next week, during National Infant Immunization Week, to educate the public that vaccines are safe.

"All Americans would be safer and healthier if we received measles vaccines on the recommended schedule," he said.

The CDC will again update its measles figures Monday.

U.S. News // 34 minutes ago
United Airlines suspends some Asia flights due to coronavirus
Feb. 28 (UPI) -- United Airlines announced Friday it will reduce service throughout Asia due to the rising number of coronavirus cases in the region, amid declining traveler demand. 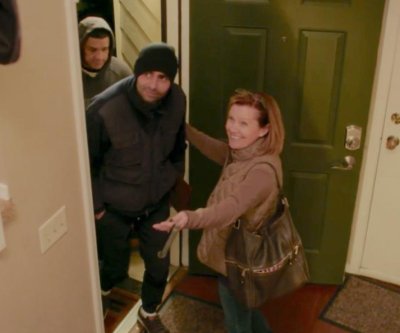