The indictment said Avenatti stole millions of dollars from five clients through a group of shell companies and bank accounts to make it more difficult to track.

A hearing was set for 9 a.m. PDT Thursday, when federal prosecutors will release more information in the case.

The victims in the case include a mentally ill paraplegic who won a $4 million settlement against Los Angeles County. Avenatti is accused of having the money wired to him and hiding it from the victim for years. The charges say he used a similar method to steal $2.75 million from another client.

The court ordered federal agents to seize Avenatti's jet at Santa Barbara Airport on Wednesday. If convicted on all counts, Avenatti would face 335 years in prison. He's now free on bail.

"I am entitled to a FULL presumption of innocence and am confident that justice will be done once ALL of the facts are known," he tweeted after the indictment was reported.

The case is separate from another involving Nike that says Avenatti tried to extort $20 million from the sportswear giant. An indictment is expected soon in that case.

Avenatti became known last year when he asked a court to remove a nondisclosure agreement signed by adult film star Stormy Daniels over a purported affair with President Donald Trump. Daniels and Avenatti lost both cases and the court ordered Daniels to pay Trump $300,000 in legal fees.

U.S. News // 1 hour ago
U.S. markets fall amid negative Fed outlook, GameStop speculation
Jan. 27 (UPI) -- The Dow Jones Industrial Average had its worst day since October and the S&P 500 erased its gains for the year amid pessimism from the Federal Reserve and concern over speculative trading of GameStop and AMC stock.

U.S. News // 1 hour ago
Homeland security warns of domestic extremism threat
Jan. 27 (UPI) -- The Department of Homeland Security issued a national terrorism advisory bulletin Wednesday warning of a heightened threat throughout the United States inspired by an attack at the U.S. Capitol three weeks ago. 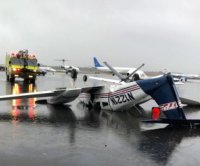 U.S. News // 7 hours ago
Biden's COVID-19 Response Team: 'We want to be a step or two ahead'
Jan. 27 (UPI) -- President Joe Biden's White House COVID-19 Response Team gave its first news briefing Wednesday in what the administration hopes will be a new focus on "letting science speak" in the fight against the pandemic. 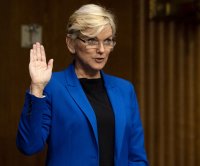