U.S. President Donald Trump speaks to the media on the South Lawn of the White House in Washington before his departure to El Centro, California on April 5, 2019. Photo by Yuri Gripas/UPI | License Photo

April 6 (UPI) -- President Donald Trump's lawyer said his tax returns should remain private as the Justice Department weighs the constitutionality of releasing them.

On Wednesday, Neal requested the Internal Revenue Service release six years of the president's personal tax returns and returns for some of his businesses.

"Finally, given the unprecedented nature of Chairman Neal's request, the IRS should refrain from divulging the requested information until it receives a formal legal opinions form the Justice Department's Office of Legal Counsel," Consovoy wrote in the final paragraph of the four-page letter.

Consovoy also argued that Neal's request was part of House Democrats' push to find out if the president has committed tax fraud.

Trump broke with decades of tradition among presidents when he refused to disclose his tax returns in 2016. He has repeatedly said that he has not released his returns because they are under audit.

Still, Neal has said that the request is "about policy, not politics."

"My preparations were made on my own track and timeline, entirely independent of other activities in Congress and the administration," Neal added.

Neal said the request was based on his responsibility in the committee's oversight function to oversee "the extent to which the IRS audits and enforces the federal tax laws against a president."

He used a provision of the 1924 federal tax code, Section 6103, which says the Secretary of Treasury "shall furnish" any taxpayer's returns to House Committee on Ways and Means upon written request.

The IRS has until next week to comply with Neal's request, and if not, the issue may go to the courts. 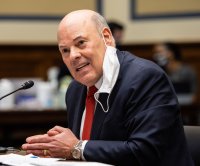 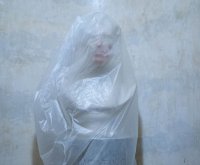