Rocket Crafters previously used stacked rings in a plastic fuel core, shown in photo. Its new core is made with a vertical, linear structure. Photo by Paul Brinkmann/UPI

The scrappy space company works out of a gritty garage in Cocoa, about 15 miles from Kennedy Space Center. It made headlines when it landed a federal contract in 2017 to test its patented hybrid rocket engine, which combines 3D-printed solid plastic fuel with a liquid during ignition. It completed numerous tests.

But late last year, Rocket Crafters made a major unannounced switch in direction to seek patents for a new method of printing its fuel. Co-founder Ronald Jones had left the company and took his patents with him to begin a new company, Firehawk Aerospace.

"I wish them well since I'm a major shareholder," said Jones, former president of Rocket Crafters.

Both companies are now trying to raise new money. Rocket Crafters' other leadership hasn't changed much other than Jones. It still is led by former astronaut Sid Gutierrez, its chairman, and U.S. Air Force veterans like Rob Fabian, its president.

"We spent years working on tests and started rewickering," Fabian said. "We had been printing the fuel cylinders in stacked rings. But we learned that a horizontal, linear structure is easier and faster to print; it's more stable as you print it."

"It's secretive, yes. We don't share technology," Fabian said. "But there is a little back-channel talking just to make sure we're not stepping on each other's toes for patents."

Rocket Crafters' engine design uses a 3D-printed plastic fuel core, which combines with nitrous oxide at ignition. That's different than many other rockets flying today that mix two flammable liquids. According to Rocket Crafters and others who have tested hybrid engines, they are safer because there's less risk of a catastrophic explosion.

"With this, there should be zero explosions," Fabian said.

However, the history of trying to make reliable hybrid rocket engines has run into "significant difficulties with unpredictable thrust and excessive vibration," the company noted in its 2017 announcement about its funding from the Defense Advanced Research Projects Agency.

Printing the fuel with high-tech 3D printers means fewer anomalies or imperfections in the plastic, which is better for an efficient, predictable burn, Fabian said.

For the past six months, Rocket Crafters has been testing the linear printed fuel core, which is basically the same kind of plastic as Lego bricks. That type of plastic melts fairly easily, but only ignites explosively at a very high temperature, Fabian said.

He said the company also added aluminum to the plastic to make a more efficient burn.

Rocket Crafters is arranging its first real test flight for this fall at Wallops Flight Facility in Virginia. That location has a launch pad for "sounding rockets" or test rockets. The old sounding rocket pad at Cape Canaveral Air Force Station hasn't been used in years and needs renovating, Fabian said.

Rocket Crafters also rebranded and adopted a new logo. Fabian said it has started raising funds for a Series A round of venture capital. It has been targeting the small satellite market for launches, similar to another new player that just announced it will build a rocket plant at Exploration Park near the space center.

Rocket Crafters also hired a new engineer right out of Florida Institute of Technology, Kineo Wallace, 23, as a propulsion design engineer. He met the Fabian and the others at the company when they visited the campus for events.

Wallace pointed out that the Rocket Crafters design, if used commercially, would require less airspace to be closed during launch because the design should create zero risk of a large explosion.

"As opposed to reusable, our rockets would basically be disposable," Wallace said. "The two parts of our fuel system wouldn't ignite without the exact conditions we're setting up in the engine."

Rocket Crafters' new fund goal is $5.7 million. The company also wants to fund of a new office and production facility near the site at which Firefly plans its plant.

If all goes according to plan, Fabian wants to hire 16 people this year, including an apprentice through a formal new program called the Space Coast Consortium Apprenticeship Program. The apprentice would start a two-year, part-time job in the fall and begin an approved degree program at Eastern Florida.

Rocket Crafters has partnered with Helicon Chemical Co. in Orlando for some of the fuel ingredients, Fabian said. 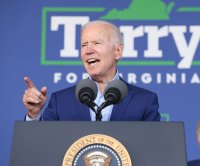 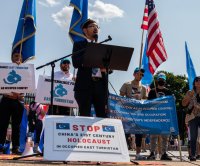 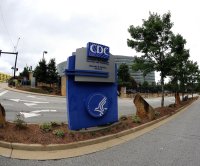 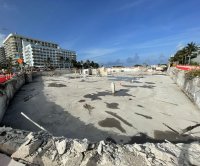