The lawsuit says the German automaker made hundreds of millions in profits by unlawful means. File Photo by Brian Kersey/UPI | License Photo

The Securities and Exchange Commission filed a lawsuit late Thursday that said parent company Volkswagen AG issued over $13 billion in bonds and asset-backed securities while company executives were aware a half-million diesel vehicles sold in the United States significantly exceeded legal emissions limits through "defeat devices." The agency said Volkswagen made false and misleading statements about the diesel vehicles' compliance and the company's financial standing, and opened it to financial and reputational harm.

"By concealing the emissions scheme, Volkswagen reaped hundreds of millions of dollars in benefit by issuing the securities at more attractive rates for the company," the SEC said in a statement.

The suit identifies former Volkswagen CEO Martin Winterkorn, who was charged last year with conspiracy over the defeat devices, and seeks to bar him from serving as an officer of a public U.S. company. It also calls for recovery of "ill-gotten gains."

"[Bond] issuers availing themselves of American capital markets must provide investors with accurate and complete information," Stephanie Avakian, SEC enforcement co-director, said in a statement. "As we allege, Volkswagen hid its decade-long emissions scheme while it was selling billions of dollars of its bonds to investors at inflated prices."

Subsidiaries Volkswagen Group of America Finance and VW Credit were also named in the suit, which was filed in federal court in San Francisco.

The SEC can issue fines and civil penalties for securities law violations.

Volkswagen responded to the charges, telling CNBC the lawsuit is "legally and factually flawed."

"Volkswagen will contest it vigorously," the automaker said.

Thursday's suit referred only to Volkswagen's raising of capital while deceptive claims about the diesel vehicles were made.

The company ultimately settled with the U.S. Justice Department and many states, offering rebates and other benefits to more than 600,000 customers in the wake of the scandal. 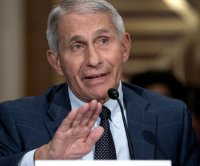