Senate Democrats: Working families would be hurt by 2020 budget proposal 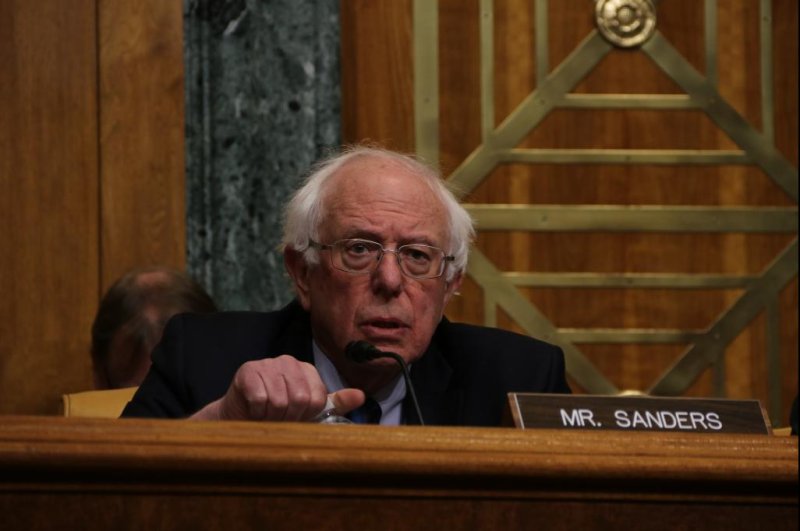 March 13 (UPI) -- WASHINGTON -- Senate Democrats reiterated their objections to the cuts the White House proposed this week to Medicare, Medicaid and Social Security during a budget committee hearing Wednesday.

"The president's budget proposal should be discarded immediately. We should instead have one to protect the American working family rather than the 1 percent," Sen. Bernie Sanders, I-Vt said. "I remember the president said he would not cut healthcare programs, but he is proposing to do that with this budget."

"We have a crisis for moms and babies. We're one of only 13 countries in the world where the rate of maternal mortality is worse than it was 25 years ago," Sen. Debbie Stabenow, D-Mich., said. "We're not seriously saying that money is more important than the lives of babies and moms?"

For the fiscal year 2020, President Donald Trump proposed slashing Medicaid by $1.5 trillion, Medicare by $845 billion and Social Security by $25 billion.

The acting director for the Office of Management and Budget explained that the cuts to mandatory spending are justified by the president's intention to lower the growing federal deficit.

"One of the things that we find unacceptable is with a trillion dollar deficit and $22 trillion in debt, we eliminate programs because we believe they are ineffective. This includes cuts to mandatory spending," Russell T. Vought said.

Medicare, Medicaid and Social Security are three programs that fall under the mandatory spending category. Unlike discretionary funding, which is a fixed amount decided upon during the appropriations process, mandatory spending shifts annually based on the number of individuals who require social welfare.

Mandatory spending has risen considerably over the last decade, meaning more people meet the requirements for social welfare. Currently, mandatory spending is estimated to be $2.8 trillion for fiscal year 2020, which is about 60 percent of all federal spending. Social Security makes up the largest portion at $1.05 trillion.

"We're clearly heading in an ominous direction," said Sen. Mike Enzi, R-Wyo., chairman of the Committee. "More and more, I'm hearing the claim that deficits don't matter. This unconventional view is not only misguided. It's dangerous."

U.S. News // 3 hours ago
New unemployment claims rise in U.S. after record decline last week
Dec. 2 (UPI) -- A week after posting the lowest figure for unemployment filings in more than a half-century, the Labor Department said in its weekly report that there are a little more than 220,000 new jobless claims.