Under the plan, military personnel will get their largest pay increase in a decade and the Pentagon will get a spending increase to $750 billion.

A Senate staff member displays a copy of volume one of President Trump's fiscal year 2020 budget as they are delivered to the House Budget Committee on Capitol Hill on Monday. Photo by Kevin Dietsch/UPI | License Photo

Senate staff members move copies of volume one of President Trump's Fiscal Year 2020 budget after being delivered to the House Budget Committee on Capitol Hill in Washington, D.C. on Monday. Photo by Kevin Dietsch/UPI | License Photo

Copies of the fiscal 2020 budget are seen Friday as they're printed and bound at the Government Publishing Office in Washington, D.C. Photo by Kevin Dietsch/UPI | License Photo

Copies of the fiscal year 2020 budget move on a conveyer belt as they are printed and bound at the Government Publishing Office in Washington, D.C. Photo by Kevin Dietsch/UPI | License Photo

Copies of the fiscal year 2020 budget move on a conveyer belt as they are printed and bound at the Government Publishing Office. Photo by Kevin Dietsch/UPI | License Photo

March 11 (UPI) -- President Donald Trump unveiled his 2020 budget Monday, which includes billions for national defense and the construction of hundreds of miles of wall along the U.S.-Mexico border.

The $4.6 trillion budget cuts spending by $2.7 trillion for the next fiscal year, more than any presidential administration in history. This would put the United States on track for a balanced budget by 2034.

"This is a clear roadmap for a more fiscally responsible future if the Congress chooses to follow it," the budget reads.

The $8.6 billion funding for the wall is expected to touch off another partisan showdown with Democrats who've resisted allocating funds for the project. The budget redirects $3.6 billion back to military construction projects to replace the money Trump attempted to allocate to the wall last month by declaring a national emergency. Democrats in Congress, however, are attempting to block the declaration and the reallocation of funds.

The budget also increases defense spending to $750 billion. Trump said last month defense funding is more important than addressing the national debt. Under the plan, military personnel will get their largest pay increase in a decade and the Pentagon will get 12 battle force ships and 110 fighter aircraft. The expenditure will also pay for the creation of the Space Force.

The Education Department also takes a more than 10 percent hit, eliminating subsidized student loans -- which don't incur interest -- and the public service student loan forgiveness program. The income-driven student loan program would be reduced to one option in which borrowers would be limited to paying 12.5 percent of their discretionary income. Remaining undergraduate debt would be forgiven after 15 years and after 30 years for graduate debt.

The Trump administration warns that the largest threat to economic prosperity is the federal deficit, which is now at $22 trillion, and interest payments that would exceed defense spending by 2024 if nothing is done.

"That is why this budget lays out the president's continued vision to drive down deficits by bringing spending below the post-war average while continuing to make investments in critical priorities," the budget states. "Such spending restraint, coupled with the president's tax cuts and deregulatory policies, will keep our economy thriving and America prosperous for generations to come."

Overall, the budget "invests in critical national priorities while restraining spending to give taxpayers the bet value for their tax dollar," Vought wrote in an op-ed for Fox News Monday. "The president's budget was written with the everyday American taxpayer in mind."

"In the budget we are laying out, President Trump has pushed for more reductions to wasteful Washington spending than any other president in history. Unfortunately, Congress has repeatedly ignored these taxpayer savings and plowed ahead with irresponsible budgets that increase our deficits and size of government. This needs to stop.

"It's not that Americans are taxed too little, it's that Washington spends too much."

The budget will receive substantial attention in Congress, where Democrats have already questioned its merits.

"This ridiculous request, like the rest of the Trump budget, is not even worth the paper it's written on," said Rep. Nita M. Lowey, D-N.Y., chairwoman of the House appropriations committee.

White House economic chief Larry Kudlow said Sunday he expects a fight over the budget Trump wants to pass because of the money it dedicates for a wall.

"I would just say that the whole issue of the wall border security is of paramount importance," he said. "We have a crisis down there."

"Congress refused to fund his wall, and he was forced to admit defeat," Pelosi and Schumer said in a joint statement. "The same thing will repeat itself if he tried this again. We hope he learned his lesson." 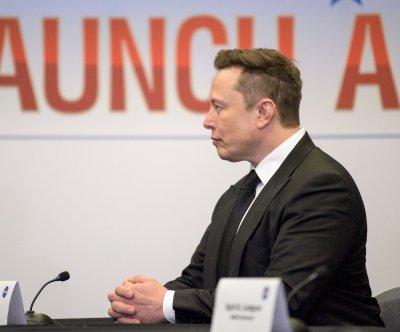 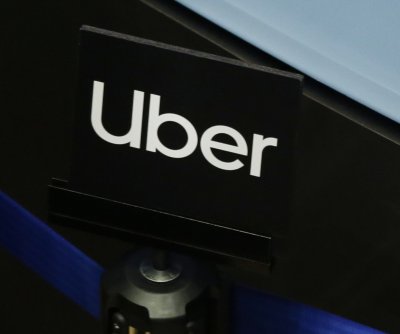