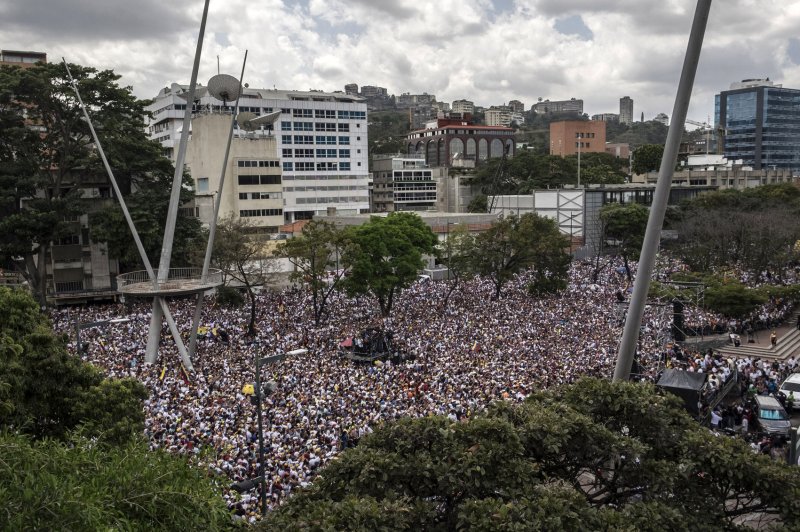 March 11 (UPI) -- The Treasury Department announced new sanctions Monday against a Russian bank it says is trying to get around U.S. sanctions on Venezuela.

The Office of Foreign Assets Control said Evrofinance Mosnarbank, a bank jointly owned by Russian and Venezuelan companies, aided Venezuela's Petroleos de Venezuela S.A. -- which has "long been a vehicle for corruption, embezzlement and money laundering by [Venezuelan President Nicolas] Maduro and his cronies."

Net assets of the bank grew by over 50 percent in 2018, a period marked by food and medicine shortages in Venezuela and the inflationary collapse of the country's currency. Evrofinance also took the lead in purchasing the Petro, a Venezuelan cryptocurrency. That action is indicative of Maduro's attempt to circumvent U.S. financial sanctions, the Treasury Department said.

The Treasury said more than 50 countries, including the United States, have recognized interim President Juan Guaido as the legitimate leader of Venezuela. Guaido has been involved in a power struggle for weeks with Maduro, who opponents say won re-election this year by unlawful means.

The new sanctions Monday call for all bank interests in the United States or in possession by U.S. nationals to be blocked.

"The illegitimate Maduro regime has profited off of the suffering of the Venezuelan people," Treasury Secretary Steven Mnuchin said in a statement. "This action demonstrates that the United States will take action against foreign financial institutions that sustain the illegitimate Maduro regime and contribute to the economic collapse and humanitarian crisis plaguing the people of Venezuela."

U.S. News // 23 hours ago
Adams leads, Yang concedes in NYC mayor's race that now goes to ranking system
June 22 (UPI) -- Former Democratic presidential candidate Andrew Yang dropped out of the New York City mayoral race on Tuesday night as it was projected the winner would be determined by ranked-choice voting.

U.S. News // 13 hours ago
Senate holds rare hearing on D.C. statehood
June 22 (UPI) -- The Senate held a rare hearing to evaluate statehood for Washington, D.C., with supporters pushing for voting rights and opponents questioning the legality of creating a new state without a constitutional amendment.
Advertisement