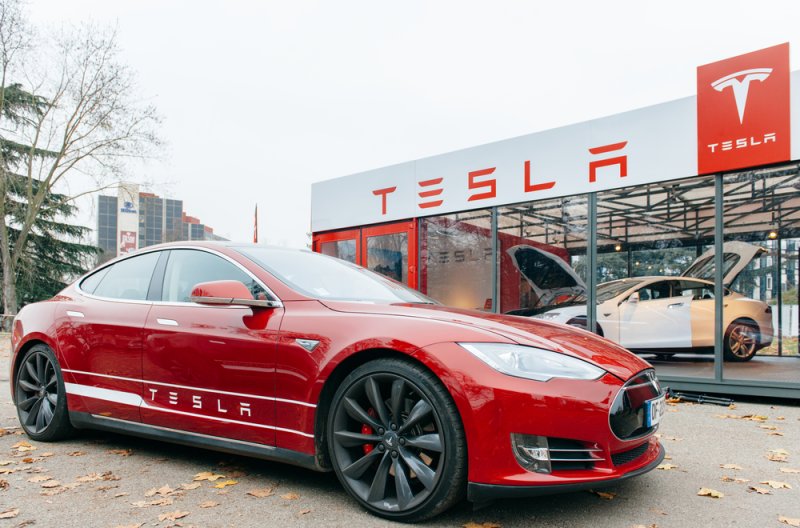 Tesla said Sunday it will close fewer physical stores -- a move covered by raising the cost of its automobiles. File Photo by Hadrian/Shutterstock

March 11 (UPI) -- Tesla will close fewer of its physical retail stores than it previously planned, but will raise prices of its vehicles to cover the cost, the automaker said in an announcement to employees and investors.

The electric automaker said in a statement, Sunday night it's individually evaluated every retail location and decided to "keep significantly more stores open."

"When we recently closed 10 percent of sales locations, we selected stores that didn't invite the natural foot traffic our stores have always been designed for," the statement said. "These are stores that we would have closed anyway, even if in-store sales made up our entire sales model."

In a message to employees Sunday, founder Elon Musk joked that those locations did not pass the "Sherlock Holmes test."

"Meaning, most of these stores are in such difficult or obscure locations, only Sherlock Holmes could find them," Musk said. "Even if selling through stores were our only means of sales, we would still have closed them down."

Tesla said that another 20 percent of locations are under review and their fate will depend on how they perform over the next several months. The cost of the change directly affects the price of Tesla automobiles.

"As a result of keeping significantly more stores open, Tesla will need to raise vehicle prices by about 3 percent on average worldwide," the automaker said. "In other words, we will only close about half as many stores, but the cost savings are therefore only about half.

"Potential Tesla owners will have a week to place their order before prices rise, so current prices are valid until March 18."

"To be clear, all sales worldwide will still be done online, in that potential Tesla owners coming into stores will simply be shown how to order a Tesla on their phone in a few minutes," he said.

"And the generous return policy of 1,000 miles or seven days, whichever comes first, should alleviate the need for most test drives at stores at the potential Tesla owner's request. Stores will also carry a small number of cars in inventory for customers who wish to drive away with a Tesla immediately."

U.S. News // 1 hour ago
California, Oregon wildfires grow; firefighters optimistic about containment
July 27 (UPI) -- The Dixie Fire in Northern California grew to more than 208,000 acres Tuesday, but fire officials said they were optimistic they could get the wildfire under control in the coming days.