March 3 (UPI) -- The son of a New Orleans police officer was arrested after his car crashed into bicyclists and pedestrians on a street, killing two and injuring seven others during Mardi Gras-style celebrations Saturday night in the city.

Tashonty Toney, 32, was arrested and faces charges that include two counts of vehicular homicide, hit and run, and reckless operation, the New Orleans Police Department posted on Twitter.

Police are awaiting the results of a blood alcohol test but believe the suspect he was impaired, according to the Twitter post. He was not injured.

"We were able to apprehend the subject so quickly because citizens stopped this individual, because they thought they were helping someone who had just been involved in a one-car accident," Police Chief Shaun Ferguson said, according to CNN.

The crash was reported around 9 p.m. on Esplanade Avenue in Bayou St. John.

Most of the victims were riding bicycles, Ferguson said.

Both victims, an approximately 30-year-old man and a 30-year-old woman, were pronounced dead at the scene, officials said.

RELATED At least 29 dead after car bombing, gunfight in Mogadishu

NOPD said Sunday morning another person who initially did not seek assistance on the scene, went to the hospital after being encouraged by New Orleans Public Safety officials.

Witnesses told WDSU-TV the driver sideswiped several vehicles, and the vehicle came to a stop outside a restaurant in the area. The man apparently tried to leave before bystanders approached him.

Even though Toney is an NOPD officer's son, it will not impact the department's investigation, police said.

Police do not believe the incident is linked to a Mardi Gras-style Endymion parade nearby.

Two years ago, a drunken driver rammed into a crowd taking part in the Endymion parade, injuring at least 28 people.

Several parades lead up to Mardi Gras, which is Tuesday, and the last day of revelry before the Christian fasting season of Lent begins on Ash Wednesday. 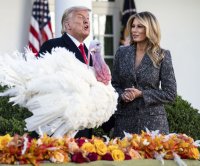 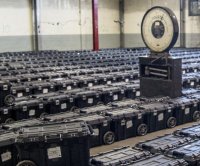 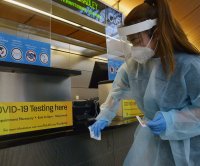