The ceiling, when it returns, will be near $22 trillion -- a level the national debt has already surpassed.

Some experts warn against delaying action to raise the debt ceiling because of the affect it could have on financial markets. File Photo by Roger L. Wollenberg/UPI | License Photo

Some experts warn against delaying action to raise the debt ceiling because of the affect it could have on financial markets. File Photo by Roger L. Wollenberg/UPI | License Photo

March 1, (UPI) -- The U.S. government faces a Friday deadline to raise the U.S. debt ceiling after it was suspended for a full year, or else the country will no longer be able to borrow money internationally.

Failure to address the debt limit may set up a scenario in which the Treasury Department could run out of money by the end of the fiscal year,.

President Donald Trump signed a law in February 2018 that temporarily eliminated the statutory limit on the debt ceiling -- or the maximum amount of debt the Treasury Department can issue to the public or federal agencies. That suspension will expire at midnight Friday.

The Bipartisan Policy Center said the limit will be close to $22 trillion when it's reinstated Saturday -- $1 trillion higher than it was before the suspension.

The national debt, however, reached $22.01 trillion last month, exceeding $22 trillion for the first time in history. When the limit is reinstated, the Treasury won't be able to borrow any money.

Although the United States has maxed out its borrowing limit, experts say it will be months before it really begins to hurt. The Congressional Budget Office said this week the United States in the interim can rely on "a large inflow of tax revenues" in April as well as extraordinary measures to continue financing federal activities for a few months. Those measures include suspending investments in civil-service retirement and federal employee funds to free up cash.

However, those measures will only net enough money for a short period of time. The CBO analysis predicted the Treasury, without a raise in the debt ceiling, will run out of money by the end of September.

"If that occurred, the government would be unable to pay its obligations fully, and it would delay making payments for its activities, default on its debt obligations, or both," the CBO report states.

The Bipartisan Policy Center, a domestic think-tank, has warned the April spike in tax revenue will likely be lower than usual due to the 2017 overhaul of the U.S. tax code. The group also said the United States faces a serious risk of defaulting on its debts as early as the summer if nothing is done.

"Our long-term debt path is reckless and potentially dangerous for the future of our economy, but the debt limit in its current form carries unacceptable costs and risks," BPC Economic Policy Director Shai Akabas said. "It's also proven to be an unsuccessful playbook for debt reduction. The American people have seen this movie before, and we should demand a different ending."

Pushing up the debt ceiling would require acts of Congress, but analysts say neither chamber is expected to act anytime soon because, with the months-long fiscal buffer, there's no sense of urgency. Backlogs caused by the 35-day federal shutdown last month also makes it unlikely lawmakers will address the issue for a while, experts say.

Senate finance committee chair Chuck Grassley told Bloomberg Monday lawmakers will enact an increase when it's needed, but said that probably won't be before the new fiscal year starts Oct. 1 -- precisely when the Treasury is projected to run out of money.

"It is probably more apt to be part of the budget negotiations that go on around here, and it probably won't be settled until the summer because of the ability of the government to transfer funds from retirement, for instance, to stop us from borrowing money," he said.

At a hearing of the Senate Committee on Banking, Housing, and Urban Affairs Tuesday, Federal Reserve Chairman Jerome Powell said it's unlikely Congress would allow the problem to go on untreated for too long. He acknowledged that brushing up against the debt ceiling creates a "distraction from what is otherwise a pretty good economy," but said there's no real chance the United States will default on any debt.

"It's beyond even considering that the United States would not honor all of its obligations and pay them when due," he said. "It is just something that can't even be considered."

In January, Democratic Rep. Richard Neal, chair of the House Ways and Means Committee, sent a letter to Treasury Secretary Steven Mnuchin asking the department how -- and when -- the administration plans to request another increase to the debt limit. He advised against procrastinating on a fix right up to the brink of the Sept. 30 deadline because of the potential harm to financial markets.

"If the president chooses to engage in brinksmanship on the debt limit, as he did on the shutdown, the market reaction and the cost to our economy would likely be far larger than the 0.02 reduction in GDP that CBO attributed to the shutdown," Neal said.

Last month, Sens. Jeff Merkley of Oregon and Tim Kaine of Virginia introduced the Protect our CREDIT Act of 2019, a law that seeks to prevent "brinksmanship" by having the president routinely review approved congressional spending at the beginning of each fiscal year -- and, in turn, present a new debt limit.

The new ceiling would apply unless Congress passed a joint resolution of disapproval within 15 days, in which case the president would have a chance to request a higher ceiling if U.S. debts came within $250 billion of the limit.

"Playing political games with the debt ceiling hurts our economy and our credit rating," Kaine said. "The Protect our Credit Act shields Americans from the risk of default without giving the president unchecked power to raise the debt limit." 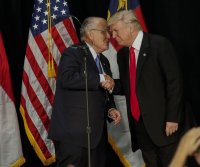 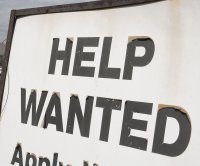 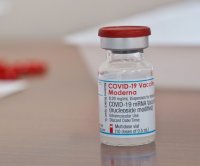