Feb. 15, (UPI) -- The heads of U.S. Cyber Command and Special Operations Command reiterated a warning to lawmakers Thursday about growing threats posed by China and Russia, including election interference, and cautioned against declaring victory in Syria.

Sen. Richard Blumenthal, D-Conn., challenged Nakasone to be more transparent about successful defensive campaigns. He said both Russia and U.S. intelligence have a good idea about what's going on and "the only ones left in the dark really are the American people."

Nakasone agreed that Americans should know more about the attacks that were prevented during the 2018 midterm elections, but cautioned that adversaries "understand how to operate again below this level of armed conflict and are taking broad lessons learned upon which they will attempt to impact our nation."

Ranking member Jack Reed, D-R.I., agreed that Cyber Command had successfully defended against attacks during the midterms, but said that's no reason to let up.

"We appear to have had some success countering Russian interference in the 2018 midterm elections," Reed said. "We cannot take this as a sign that we can let our guard down."

Republican Sens. Josh Hawley of Missouri and Tom Cotton of Arkansas directed their questions to Asst. Security of Defense Owen West. Hawley and Cotton have been supportive of President Donald Trump's plan to withdraw from Syria, but asked West how he would describe success there against the Islamic State terror group.

"How would you characterize victory in Syria?" Hawley asked West. "What does that look like and what do you need to get there?"

"I'd be cautious to use the word victory," West answered. "But it's important not to diminish what has happened there."

West added that the group no longer has the power it once did, when it could draw "40,000 fighters from 100 different countries."

Gen. Raymond Thomas III, head of U.S. Special Operations Command, echoed West's point, saying it's difficult to use the word "winning" when the objective is to defend against external threats coming from the region.

The Director of National Intelligence's annual Worldwide Threat Assessment report, released last month, warns that the Islamic State "still commands thousands of fighters in Iraq and Syria" and "maintains eight branches, more than a dozen networks, and thousands of dispersed supporters around the world, despite significant leadership and territorial losses."

Trump has pushed back against Pentagon officials and intelligence leaders who have offered contradictory accounts about his declarations about Syria in recent weeks. 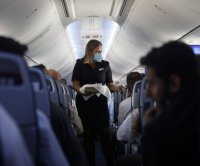 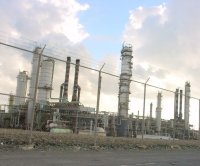