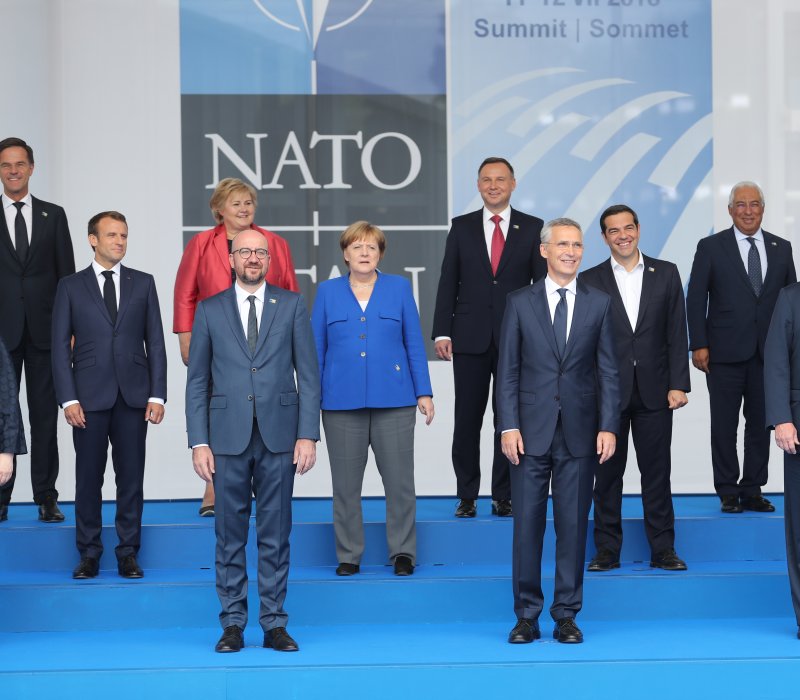 Heads of state and government pose for a picture during a NATO summit in Brussels, Belgium, in July. Another summit is scheduled for December. Photo by Oliver Hoslet/EPA-EFE

Feb. 6 (UPI) -- NATO will hold a summit in London this December to mark 70 years since its formation, the alliance's secretary-general said Wednesday.

NATO Secretary-General Jen Stoltenberg announced the summit Wednesday to "address the security challenges we face now and in the future, and to ensure that NATO continues to adapt in order to keep its population of almost 1 billion people safe."

The White House has not yet confirmed that President Donald Trump, who has criticized the military alliance, will attend the summit, USA Today reported. However, NATO headquarters said in a CNN report that it is "highly likely" Trump will be on-hand.

No specific dates were given for the summit.

This year marks the 70th anniversary of NATO's formation in the aftermath of World War II. The alliance between the U.S. and mostly European nations has been a particular stalwart against the Soviet Union and now Russia.

Trump threatened to pull the United States out of NATO at the alliance's last summit in July 2018, saying other countries aren't paying their fair share on defense and instead lean too heavily on the U.S. military. The United States spends 3.5 percent of its gross domestic product on defense, the most of any NATO ally. Most other countries committed in 2014 to spending at least 2 percent of their GDP on defense by 2024.

In his State of the Union speech Tuesday, Trump said NATO has improved since he took office.

"For years, the United States was being treated very unfairly by NATO -- but now we have secured a $100 billion increase in defense spending from NATO allies," Trump said. "Under my administration, we will never apologize for advancing America's interests."

In July, Trump confronted several U.S. allies, including Germany, whom he referred to as a "captive of Russia." Despite his criticism, Trump has also said NATO is "very important."

U.S. News // 4 hours ago
1 dead, 5 injured after shooting on Texas freeway
April 10 (UPI) -- One person died and five others were hurt in a shooting on a Fort Worth, Texas, Friday night, authorities say.

U.S. News // 14 hours ago
Temps hit 38 below zero in Alaskan city, setting new April record
April 10 (UPI) -- A historic cold blast settling into Alaska this week will send temperatures plummeting far below zero, which could topple century-old low-temperature records in one city and even a longstanding state record.