President Donald Trump delivers his State of the Union address to a joint session of Congress in the House Chamber at the U.S. Capitol on January 30, 2018. File Photo by Pat Benic/UPI | License Photo

Jan. 24 (UPI) -- President Donald Trump said he will not give his State of the Union address until the partial government shutdown is over.

The president's Wednesday night announcement follows House Speaker Nancy Pelosi, D-Calif., having said earlier in the day that she would not invite Trump to the House chamber for his State of the Union address until the government has reopened.

"I am writing to inform you that the House of Representatives will not consider a concurrent resolution authorizing the President's State of the Union address in the House Chamber until government has opened," she wrote to Trump.

A resolution must be passed by the House and the Senate to allow the president to speak in the House.

Trump initially responded to the letter telling reporters that he would give the speech at another venue. But on Wednesday night, he said via Twitter that he wasn't considering alternative locations and that he would wait to give his address after the government reopens "because there is no venue that can compete with the history, tradition and importance of the House Chamber."

As the Shutdown was going on, Nancy Pelosi asked me to give the State of the Union Address. I agreed. She then changed her mind because of the Shutdown, suggesting a later date. This is her prerogative - I will do the Address when the Shutdown is over. I am not looking for an....

"I look forward to giving a 'great' speech in the near future," he said.

....alternative venue for the SOTU Address because there is no venue that can compete with the history, tradition and importance of the House Chamber. I look forward to giving a “great” State of the Union Address in the near future!

Trump's decision ends a weeklong battle with Pelosi that began when she asked the president to delay his speech or present it in writing, citing security concerns caused by the government shutdown, which has impacted the Department of Homeland Security.

Trump and the Democrats have been at a standoff for over a month over funding for a wall along the Mexico-U.S. border, resulting in the longest government shutdown in American history. 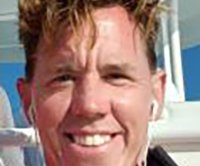