Former HUD Secretary Castro to run for president in 2020

Castro made his announcement in Plaza Guadalupe in his hometown in Texas.

Castro served as mayor of San Antonio from 2009 to 2014, when he became the youngest member on President Barack Obama's Cabinet. He was secretary of housing and urban development through the end of the 44th president's term in January 2017.

"When my grandmother got here almost a hundred years ago, I'm sure she never could have imagined that just two generations later, one of her grandsons would be serving as a member of the United States Congress and the other would be standing with you here today to say these words: I am a candidate for President of the United States of America," he told the crowd Saturday in both English and Spanish.

Castro addressed a number of issues during his speech, including healthcare, climate change, criminal justice reform, and immigration. He also said he doesn't plan to accept any PAC money for his campaign.

The announcement came one day after Rep. Tulsi Gabbard, D-Hawaii, told CNN she intends to run.

"I have decided to run and will be making a formal announcement within the next week," she said during an appearance on The Van Jones Show.

The two join a growing list of Democrats who have hinted at presidential runs, including Sen. Elizabeth Warren, D-Mass., who at the end of December said she's launching an exploratory committee. Other potential candidates include former Vice President Joe Biden, who topped the list of potential candidates in a poll of potential Iowa caucusgoers, Sen. Bernie Sanders, I-Vt., and former Rep. Beto O'Rourke, who, despite losing a Senate race to incumbent Sen. Ted Cruz, R-Texas, continues to tour immigration facilities at the border and take part in roundtables and interviews.

"There are going to be a lot of talented people running and I look forward to making my case to the voters," Castro said.

RELATED Next U.S. president should be from military 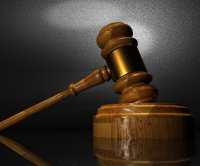