Toyota and Fiat Chrysler have added millions of additional vehicles to a recall linked to an airbag inflator. File Photo by Brian Kersey/UPI | License Photo

The announcements are the latest round of airbag recalls. Automakers, working with the national Highway Transportation Safety Administration, have announced several steps of replacement recalls, starting with highest-risk regions. The final wave is expected in early 2020.

The passenger-side airbag has been shown potentially defective after exposure to humidity, high temperatures, and temperature cycling. Ammonium nitrate is used to inflate the airbag, a material that can become unstable over time and lead to an unexpectedly violent explosion. Defective inflators could spray drivers and passengers with metal fragments when the airbag deploys.

The long-running Takata airbag recall has involved 50 million inflators in 37 million vehicles from 19 manufacturers, the NHTSA said. It added that at least 15 people have died, and more than 250 have been injured related to the inflator.

The announcements follow a Jan. 4 recall of 953,000 Ford vehicles for the same issue. 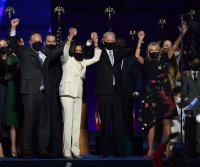 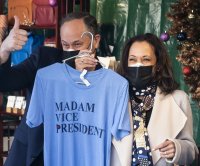 U.S. News // 21 hours ago
Severe storms to roar to life across South, mid-Atlantic
A strengthening storm is set to unleash major impacts across much of the eastern half of the country for the end of the weekend and through the early week.