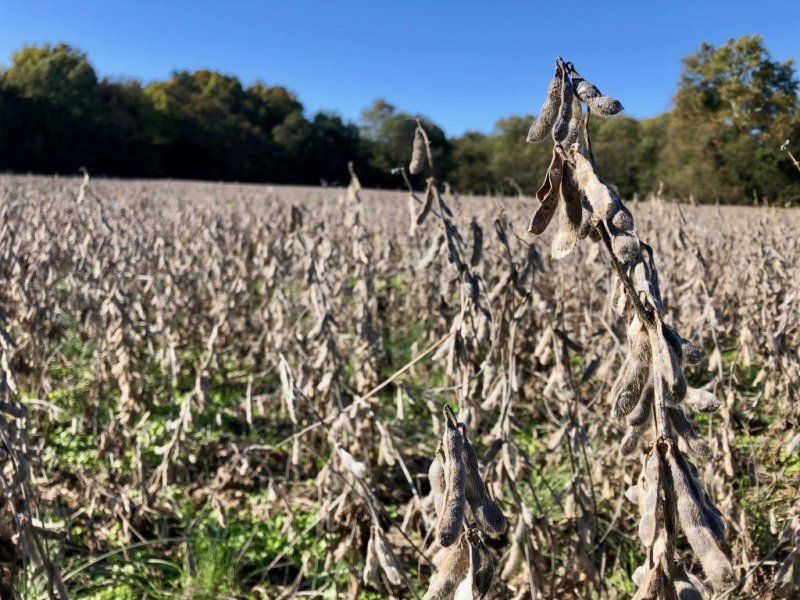 Soybean experts say there simply isn't enough worldwide demand for soy to make up for the loss of China as a buyer. Photo by Jessie Higgins/UPI

Before the trade dispute, China purchased around 30 percent of all the soy grown in the United States -- and 60 percent of the exported soy. That stopped suddenly last summer when China levied a 20 percent tariff on U.S. beans. The move was retaliation for similar tariffs imposed by the Trump administration.

The enduring trade dispute mean Chinese buyers have purchased a fraction of what they normally would, leaving millions of bushels of beans sitting in grain bins around the country with nowhere to go.

The situation has exporters urgently looking for other nations to buy that soy.

"China had become such a large part of our market," said Jim Sutter, CEOof the U.S. Soybean Export Council. "And, all of a sudden, that market was closed. We had to do something."

The problem they're running into is there simply isn't enough worldwide demand for soy to make up for the loss of China. To fill the void, exporters say, they must create demand for soy in countries where there is none.

To do this, exporters are looking for countries that are poor, but have an economy that is quickly developing. Those are countries in which the majority of the people don't eat much meat. For now, they're too poor to afford it. But, as their nation's economy improves, they soon will.

"As people move from poverty into a middle class, one of the first things they do is add more meat to their diets," said Grant Kimberley, director of market development for the Iowa Soybean Association.

This is important for the soy industry because U.S. beans are mainly used to feed livestock, like cows, pigs and chickens.

So, to create new markets for U.S. soy, the idea is for exporters to create relationships with farmers in developing countries, so when they need to begin raising more livestock, the United States will be there ready to supply the feed.

The United States created a market in China in the same way, Sutter said. Exporters and industry groups began working with farmers in China in the 1980s, when China was still a poor country that had no demand for soy.

"At that point, we could see China had the ability to grow," Kimberley said.

So exporters held workshops, inviting farmers and companies to teach them how the United States feeds animals to maximize their growth -- using soybeans.

It took more than a decade before China's economy had grown enough to need livestock feed. But eventually, the Chinese economy exploded, and the nation grew to become the world's leading importer of soy. And because the United States had established relationships early, American exporters owned the lion's hare of China's market, Kimberley said.

U.S. soy groups are now focused on creating similar relationships with farmers in other developing countries. In Asia, they're looking at places like India, Pakistan and Bangladesh. They're also looking at African nations like Ethiopia and Liberia.

There will be more.

It's a long-term strategy that likely won't see any real results for years -- if not decades.

"I tell our farmers this is not so much for them as for their sons and daughters," Sutter said.

U.S. News // 1 hour ago
'Cloned' truck made it easy for smugglers to pass border, officials say
June 30 (UPI) -- Steve McCraw, director of the Texas Department of Public Safety, said that once a smuggler has assumed a legitimate truck's identity, it's easy for them to slip through border inspections.

U.S. News // 3 hours ago
Supreme Court refuses to hear Ohio prisoner's death penalty appeal
June 30 (UPI) -- The U.S. Supreme Court on Thursday refused to hear the case of an Ohio death row prisoner sentenced to death for the rape and murder of a 12-year-old boy in 1986.