The "Fearless Girl" statue stands in its new location outside of the NYSE after the opening bell at the New York Stock Exchange on Wall Street in New York City. The Dow Jones Industrial Average bounced back from down as much as 600 points to close 260 points Thursday. Photo by John Angelillo/UPI | License Photo

Dec. 27 (UPI) -- The Dow Jones ended with a second consecutive day of gains after a roller coaster session that saw it drop more than 600 points Thursday.

Early drops in the market came amid reports President Donald Trump is considering a ban on U.S. companies using equipment by Chinese firms Huawei and ZTE.

Thursday's turbulent trading came after large fluctuations in the market earlier in the week as the Dow plummeted 653 points in its worst Christmas Eve ever, but bounced back 1,086 points in its largest single-day increase in history on Wednesday.

Some stocks that led to Wednesday's historic increase also contributed to Thursday's up and down session.

Tech stocks including Amazon, Facebook, Alphabet, Netflix and Apple all fell between 2 percent and 5 percent, while oil was down 2.8 percent Thursday after rising 9 percent Wednesday.

GE was also down 5.7 percent Thursday after having its fifth best day of trading of the year on Wednesday.

U.S. News // 1 hour ago
Young progressives say they don't want 'return to normalcy' under Biden
April 8 (UPI) -- Several groups of young progressives said they're not on board with Democratic presidential candidate Joe Biden's call for life to go back to what it was before the election of President Donald Trump.

U.S. News // 3 hours ago
California court dismisses case against Mexico megachurch leader
April 8 (UPI) -- A California appeals court has dismissed the human-trafficking and child rape case against the leader of a Mexico-based megachurch.

U.S. News // 4 hours ago
Mom of AIDS victim Ryan White finds solace in his memory 30 years after death
April 8 (UPI) -- The mother of Ryan White, the Indiana teenager whose death due to AIDS in 1990 galvanized a nation, said Wednesday it is still therapeutic for her to talk about her son's life. 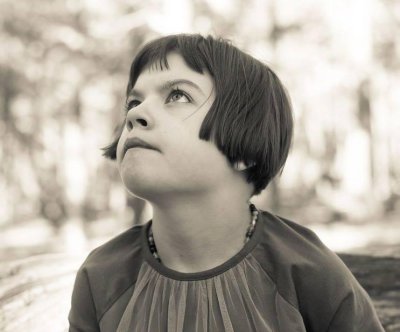 U.S. News // 5 hours ago
White House expert sees coronavirus 'turnaround' soon; NYC cases stabilize
April 8 (UPI) -- U.S. deaths from the COVID-19 pandemic will be high and near their peak this week but they should begin to turn around next week, the White House's top coronavirus health adviser said Wednesday.