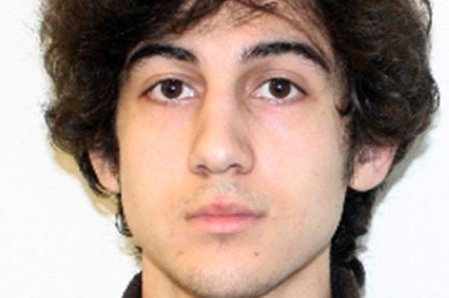 Lawyers filed an appeal to overturn the conviction of Dzhokhar Tsarnaev, who was sentenced to death for his role in the Boston Marathon bombings in 2013. File Photo courtesy of the Federal Bureau of Investigation

Dec. 27 (UPI) -- Lawyers for Boston Marathon bomber Dzhokhar Tsarnaev want his death sentence overturned, saying the federal judge should not have allowed the trial to be conducted in the city.

On Thursday, the lawyers asked an appellate court to reverse Tsarnaev's conviction and death penalty sentence for helping carry out the 2013 attack, killing three people and injuring more than 260 others.

Dzhokhar Tsarnaev and his brother, Tamerlan Tsarnaev, detonated two homemade pressure-cooker bombs with shrapnel on April 15, 2013, along the marathon route.

Since his 2015 conviction on 30 charges, Dzhokhar Tsarnaev has been in solitary confinement at the federal supermax prison in Florence, Colo.

"This case should not have been tried in Boston," lawyers wrote in the 1,124-page appeal. "The bombings targeted the Marathon, a 116-year-old tradition and a source of deep civic pride.

"Bill Richard testified that 'everyone in this room probably knows someone' who was 'running the Marathon that day," the lawyers wrote in a 500-page opening brief.

The lawyers said the court "deprived Tsarnaev of an impartial jury and a reliable verdict, in violation of the Fifth, Sixth and Eighth Amendments."

Dzhokhar Tsarnaev tried to move the trial out of Boston but it was denied by the judge and the U.S. 1st Circuit Court of Appeals.

During a manhunt three days after the two explosion, the brothers fatally shot Massachusetts Institute of Technology police officer Sean Collier, 27. Tamerlan Tsarnaev was shot dead during a shootout with police.

Lawyers also argued that Tamerlan Tsarnaev, and not their client, was "a killer, an angry and violent man; that he conceived and led this conspiracy."

During the trial the defense lawyers tried to get Dzhokhar Tsarnaev's jury forewoman, a restaurant manager, removed because she retweeted a social media post calling the University of Massachusetts Dartmouth sophomore a "piece of garbage" before she received a juror summons.

A second juror, a male municipal worker, outright "disobeyed the Court's instructions," the brief states, by joining a Facebook discussion on the case before he was seated.

"Tsarnaev admitted heinous crimes," the lawyers said, "but even so -- perhaps especially so -- this trial demanded scrupulous adherence to the requirements of the Constitution and federal law. Again and again this trial fell short."

U.S. News // 15 hours ago
Two students shot at Virginia high school; suspect in custody
Sept. 20 (UPI) -- Two students were shot and a suspect was taken into custody after a shooting at a high school in Virginia on Monday, police said.