The chamber approved the First Step Act with a 358-36 vote two days after the Senate passed it by a similar margin of 87-12.

Lawmakers expect Trump to sign the legislation into law Friday.

The legislation would reform several aspects of the U.S. criminal justice system, including allowing inmates to reduce sentences with an earned-time credit program. Judges would also have more discretion, instead of mandatory minimum sentencing for some drug-related crimes. It would also boost prisoner rehabilitation efforts in an effort to reduce recidivism rates, and life sentences for some drug offenders with three convictions, or "three strikes," would be cut to 25 years. In addition, the disparity in sentencing guidelines between crack and powder cocaine offenses would retroactively be reduced.

The legislation, which would only affect federal crimes, would cut off a collective 53,000 years of sentences over 10 years, according to the Congressional Budget Office.

The House approved a different version of the legislation earlier this year and had to amend it to make the Senate version.

Trump has described the reform as "reasonable sentencing reforms while keeping dangerous and violent criminals off our streets."

"Congress just passed the Criminal Justice Reform Bill known as the #FirstStepAct. Congratulations! This is a great bi-partisan achievement for everybody. When both parties work together we can keep our Country safer. A wonderful thing for the U.S.A.!!" he tweeted.

House Speaker Paul Ryan welcomed passage of the legislation, saying it's something he's "believed in for a long time."

"These reforms to our criminal justice system will not only reduce recidivism and make communities safer, but they will help people into lives of purpose," he said. 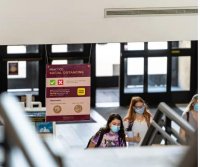 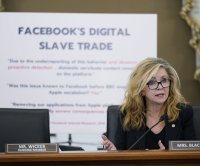 U.S. News // 5 hours ago
Senate to grill execs from TikTok, Snapchat, YouTube on harm to teens, children
Oct. 25 (UPI) -- The Senate subcommittee on consumer protection, product safety and data security will question executives from Snapchat, TikTok and YouTube on the potential harm their platforms pose to children. 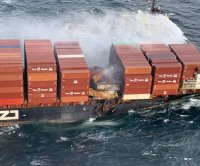 U.S. News // 11 hours ago
Bomb cyclone bashes California; flooding, mudslides reported
Oct. 25 (UPI) -- Drought-ridden California was inundated with heavy rains and strong winds on Sunday and overnight by a large storm swirling off the western coast of the United States.

U.S. News // 21 hours ago
Rare fall nor'easter, 'miserable' weather to mark final week of October
Many in the northeastern United States have rarely had to bring out rain coats and jackets due to the lack of chilly temperatures and relatively dry conditions so far this October, but a change is in the works.
Advertisement